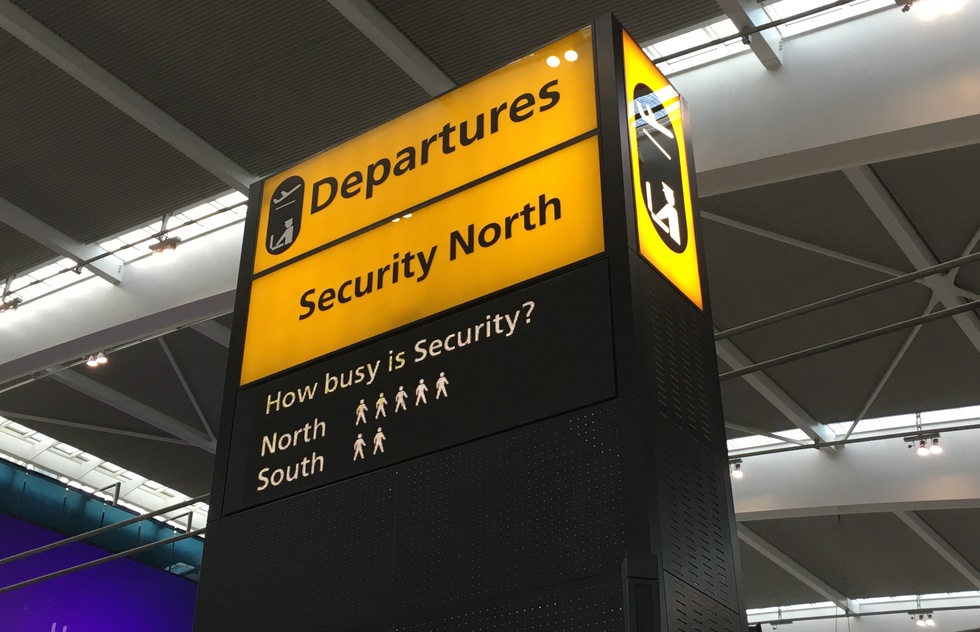 You might remember that last spring, several international airlines, mostly from predominantly Muslim countries, were banned from allowing laptops in passenger cabins. That, and the uneven application of the policy across airlines, caused a diplomatic furor, and some carriers even curtailed service to the United States. In response, the U.S. government reversed the requirement but dictated new security procedures intended to alleviate the sudden strict declaration against electronics.

The deadline for implementing those rules has come this week. As of Thursday, passengers flying into the United States will face a gantlet of new screening hurdles, which may include a brief interview by agents.
advertisement
The new U.S.-mandated rules are projected to result in flight delays and extended waiting times. Until it's clear just how onerous the new standards will be, airlines are warning their passengers to arrive at the airport up to 3 hours in advance.

The mandate impacts some 325,000 airline passengers on about 2,000 international flights arriving daily in the United States, involving 180 airlines, 280 airports, and 105 countries.

Passengers on domestic flights in the U.S. are not subject to individual interviews, but at TSA checkpoints, they are now required to remove electronic devices larger than a smartphone and place them in screening bins. At airports as small as Sacramento in California, passengers are being warned to allow at least two hours for screening.
advertisement

Some officials railed against the way the U.S. is handling the move, which was announced without consulting other nations and without sharing information about specific threats.

“What we have seen is very strange,” said Alexandre de Juniac, CEO of the International Air Transport Association. “Unilateral measures announced without any prior consultation . . . That is something that is very concerning and disturbing.”
Air Travel
Entry Requirements & Customs
News