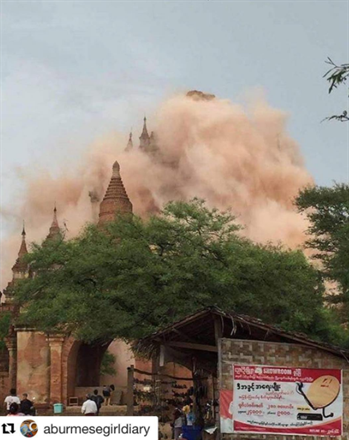 Wednesday's 6.8-magnitude earthquake in Myanmar killed at least one person and damaged about 60 historic Buddhist temples in the ancient city of Bagan, a major archaeological site and one of the country's top tourist destinations.

Built between the 10th and 14th centuries, the pagodas are revered among locals and popular with visitors, who flock to Bagan to watch the sun set over the city's 2,500 temples.

Officials say that of the 60 pagodas affected by the quake, many were severely damaged, including one of the most beloved, Sulamani Temple.

Myanmar has only just recently become more congenial to tourists, following the country's emergence from junta rule in 2011.