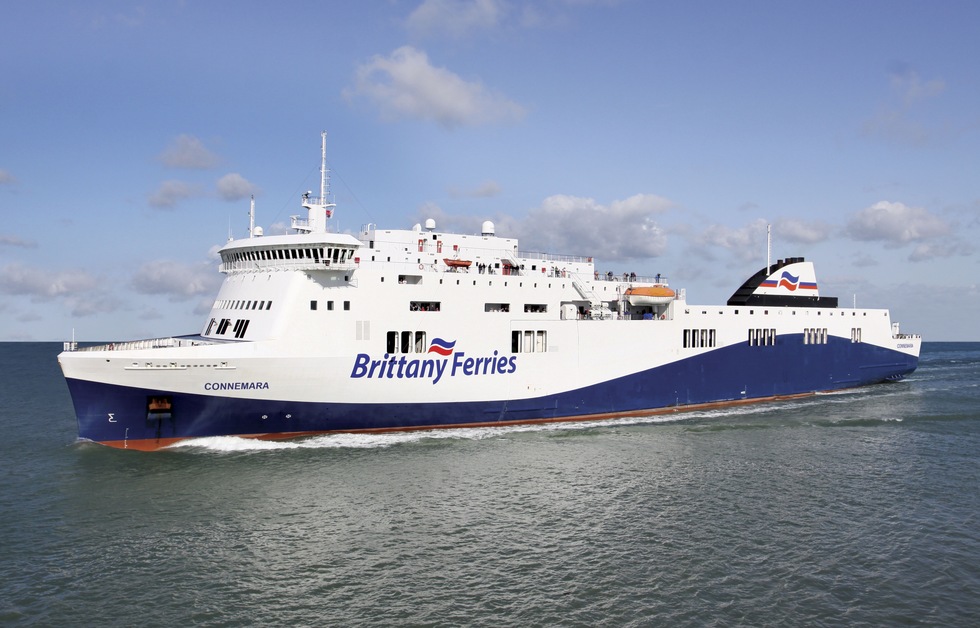 New Ferry Links Spain with Ireland, Thanks to Brexit

Something brand-new happened this month: A new ferry service between Ireland and Spain was inaugurated.

Why? Because as the United Kingdom proceeds with Brexit, its half-baked plan to secede from the European Union, the border between the UK and the Republic of Ireland, which remains in the EU, will become much harder to cross. The new ferry service allows Irish and Spanish people to pass easily between their two nations without ever leaving the EU.

The new route, which will take 26 hours, goes between Ringaskiddy port in Cork, Ireland, and Santander, in northern Spain. The vessel has a capacity of 300–400 passengers, all of whom can bring cars and sleep in en suite cabins. Food is self-service on this "no-frills" test program, which for now will operate twice a week. Previously, passengers and freight have passed through Great Britain to reach the Continent.

Even though nearly two years have gone by since Britain decided to leave the EU by popular vote, the country has so far failed to come up with a solution for how to handle its border with the Republic of Ireland. Eliminating that border to begin with was a tough road, as anyone who lived through the terrorism of the 1970s and '80s will tell you.

Now that border checkpoints are likely to be reintroduced, this time for reasons apart from religious sectarianism, the people of Ireland would rather circumvent the problem. They'll now just go straight to Spain, cutting Great Britain out of the journey.

Brittany Ferries has been traveling from Cork to Roscoff, Brittany, for four decades, establishing a solid vacation link between Ireland and France. Now it's hoped that Spain will become an equally alluring destination from the Emerald Isle.

The Irish Times wrote, "hopes will be high that the first direct link between Ireland and Spain will become a fixture on the high seas."

A road trip including both Spain and Ireland? International squabbling, for once, has opened up exciting new vacation possibilities.