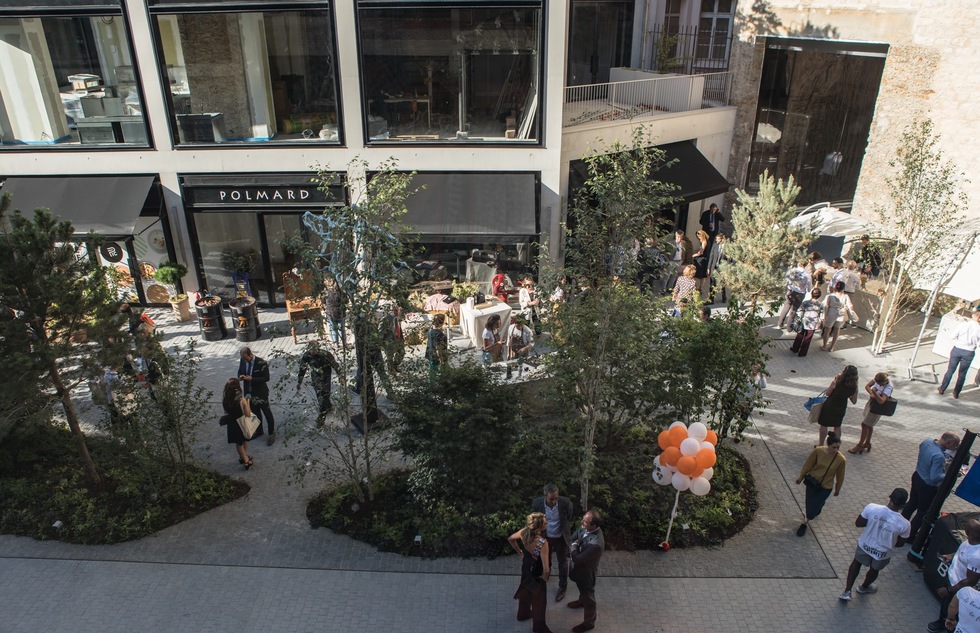 Visitors to Paris have a new one-stop destination for gourmet delicacies from the city’s top chefs and food purveyors.

Beaupassage, a refurbished historic passageway in the heart of the stylish Saint-Germain district, has opened on the Left Bank.

Unveiled on August 25th, the vast 10,000-sq.-m (32,800 sq-ft.) space flows through three connecting pedestrian lanes built in 1703. By the mid-1850s, over 150 shopping arcades were operating in Paris. The majority of them have gradually disappeared.

But Beaupassage's creators—the real estate developer Emerige—revived this one with a 21st-century twist provided by relaxed outdoor terraces, abundant greenery, and art installations.

Many of today's big names in Paris cuisine are involved, starting with Yannick Alléno, who earned his first three Michelin stars at the restaurant of the luxurious hotel Le Meurice, before taking over the reins at Pavillon Ledoyen. His Beaupassage contribution is the Allénothèque, a three-story bistronomie restaurant, wine shop, and art gallery.

Thierry Marx, another Michelin laureate and chef of the Mandarin Oriental’s Sur Mesure, joins in with his second bakery, conveniently located next to the first café run by Pierre Hermé, known in the dessert world for his inventive macarons.

Beaupassage also has a classy butcher shop, a fromagerie from the supplier of the French presidential palace, a hip Japanese coffee stand, an organic supermarket, and a swanky fitness center—which you might feel compelled to visit after a foray through this extravagant gastronomic haven.