New Scanner Debuts: You May Fly with Fluids Soon 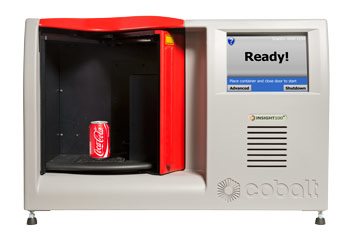 A new machine being tested in 65 of Europe's 550 airports could mean you can bring full bottles of liquid on flights again in Europe as soon as January 2016.

The Cobalt Light Insight100 machine points lasers at travelers' containers of liquid to determine the chemical properties of what's inside. Each unit costs $64,000 and requires officers to place the questionable vessels inside a small chamber for quick testing. Passengers' bodies are not be subjected to the lasers.

The British-based invention has other applications outside of travel security, too, reports The Guardian, including testing for tumor malignancy, the age of donated blood, osteoporosis, and counterfeit or watered-down alcohol.

Europe's airports are moving quickly to find the ideal screening solution, and this isn't their first try. Last year, the American firm Battelle tested its own liquid scanning device at Heathrow and in Scandinavia.

Americans have been paring their carry-on liquid allowance to a few 3-ounce vials since 2006, when a terrorist attempted to engage a bomb using larger quantities of fluid. If the trial goes well, expect North American airports to jump on the new technology.