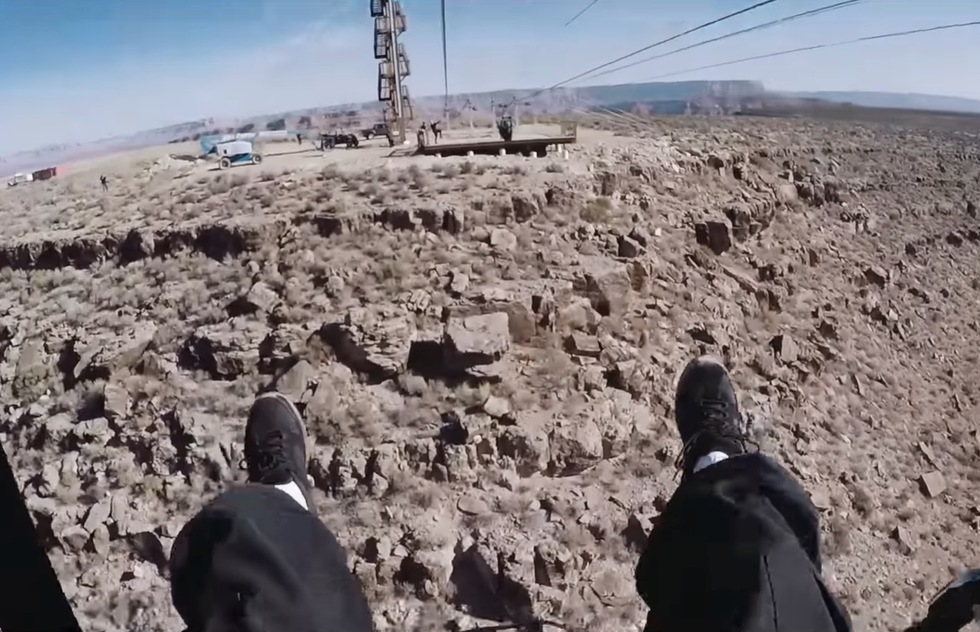 Now Flying: A Zip Line Over the Grand Canyon

A brand-new zip line has opened on a spur of the Grand Canyon, sending harnessed thrill seekers flying 1,000 feet over the earth.

It's the perfect addition for people who don't think the majesty of the freaking Grand Canyon is enough.

The land surrounding the attraction isn't part of Grand Canyon National Park, but is instead managed by the Hualapai Native American Reservation. The area looks a little different than the grounds of the park—more brown than colorful, not as deep or wide—but hey, a scream is a scream.

The same people run a few helicopter and rafting tours, plus the milder thrill of venturing out over the abyss via the glass-bottomed Grand Canyon Skywalk. Altogether those attractions bring in about a million tourists per year. Some 350,000 people are expected to ride the new zip lines annually.

Here's a video of the experience, accompanied by the requisite electric guitar music—because, you know, fun.

The zip lines, which made their debut in early January, are only open Tuesday to Friday during the day and cost $89. Most people will also buy a $50 pass that shuttles them around to other points on the reservation.
National Parks
News
Outdoor & Adventure