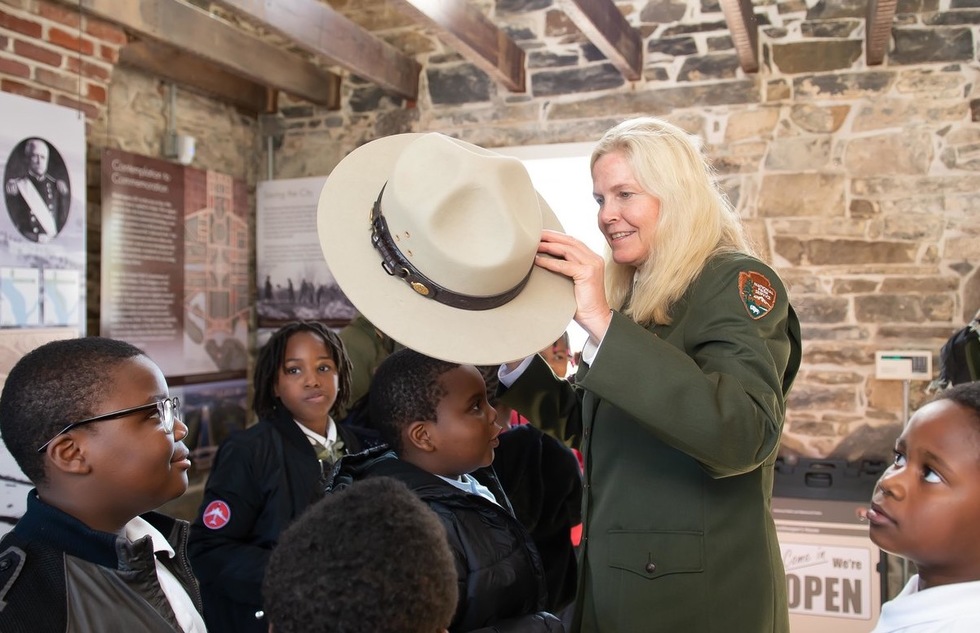 Trust for the National Mall

There's a good reason for that. It's been closed for decades. But this unassuming stone building at the corner of Constitution Ave. and 17th St. NW is actually the oldest structure on the National Mall.

Built in 1835, the building is now open to the public after a restoration that took nearly two years.

Using funds from a public-private partnership, the Trust for the National Mall and the National Park Service moved the building back from the street a bit (for the second time in its existence), replaced the roof, and added an outdoor plaza with landscaping. 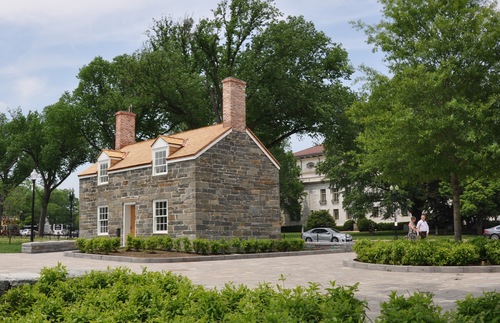 (Photo: Trust for the National Mall)

Inside, a freshly spiffed-up concrete floor, wood-frame windows, and wrought-iron details surround educational boards with information on the history of the site. The plan is to install digital displays eventually.

And what exactly is the history of the site?

Here's how we described the Lockkeeper's House last year in a post about the renovations:

"The building dates from the period when the Washington City Canal ran through the heart of the nation's capital, connecting the Anacostia and Potomac Rivers. The lockkeeper who lived here until 1855 managed the canal's traffic and kept its records.

"City planners had hoped that the canal would help make D.C. a commercial hub. But the waterway was dirty, smelly, and frequently flooded. In 1872 it was filled in and became Constitution Ave.

"The house fell into disrepair while federal offices, gardens, museums, and monuments went up around it."

Now that the state of disrepair has been repaired, visitors to the National Mall can take a look inside the Lockkeeper's House each Monday through Thursday from 1–4pm, and Friday and Saturday from 10am–4pm.