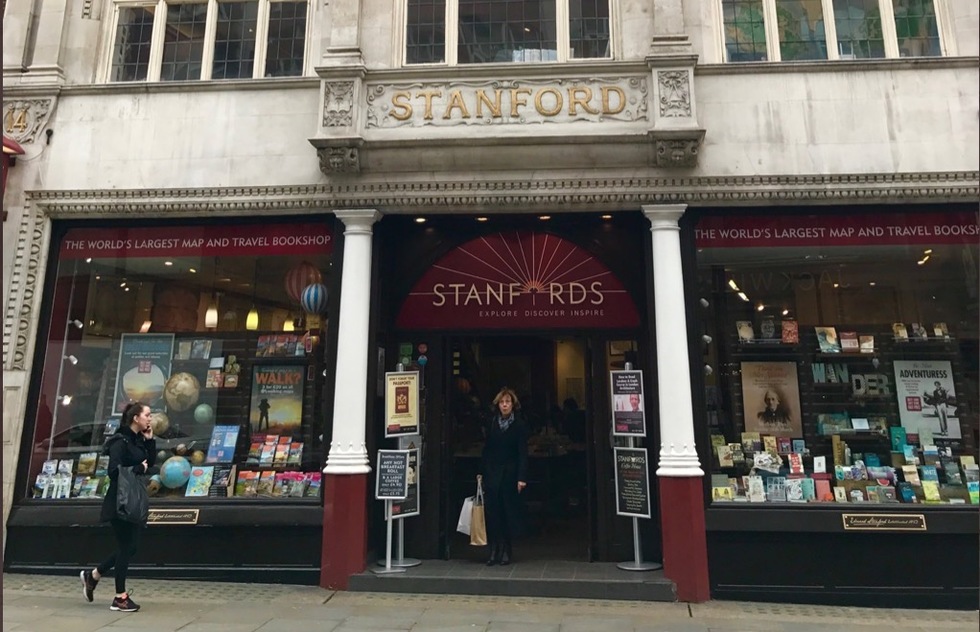 One of the World's Oldest Travel Bookstores Needs Your Help

There may be no travel bookstore in the English-speaking world that is more venerable than the great Stanfords.

The London-based stalwart, packed with books, maps, globes, travel-related gadgets, and stationery, has been in business since 1853. Think of it: Queen Victoria was in her early 30s and Franklin Pierce was the U.S. president. Over more than a century and a half, Stanfords helped equip some of the greatest global explorers and travelers in history, including South Pole adventurer Ernest Shackleton, nurse Florence Nightingale, and pioneering pilot Amy Johnson.

In Arthur Conan Doyle's The Hound of The Baskervilles (1902), Sherlock Holmes dispatches Dr. Watson “down to Stanfords” to pick up a map of Dartmoor. The shop even has its own annual awards for great travel writing—Michael Palin and Bill Bryson have gladly accepted theirs.

But the 2020 pandemic may call an end to this Shangri-La for travel-loving shoppers.

Two years ago, Stanfords, already stung by a general decline in map and book sales, was forced to move out of the five-story department store building (pictured above) it had inhabited since 1873 on Long Acre, in London's West End. The store shifted operations to more modest quarters in the side alley Mercer Walk nearby, but in doing so, lost a significant share of casual foot traffic.

With London tourism at a near-standstill, Stanfords is on the brink of extinction.

"There is something about the thought of losing Stanfords that hits hard," wrote Lois Pryce, a solo motorcycle adventurer, in an appreciation for The Guardian. "Like all the best shops, it offers more than just that: it’s a home-from-home, a reassuring haven in a choppy sea, and (under normal circumstances) draws travelers from all over the world."

The store has resorted to a crowdfunding appeal. The drive aims to bring in about £120,000 (about US$158,000) to help the store survive until spring 2021, when it's hoped that tourism to London will begin to pick up again.

Or maybe you'd rather support this travel landmark by purchasing holiday gifts. Fortunately, Stanfords ships internationally (except when it comes to the collectible globes—Standords is one of the world's leading traders in those, but you have to buy them in person). The store's books, both nonfiction and fiction, include many that aren't available at brick-and-mortar locations in the United States.

Stanfords is most famous, though, for being able to procure maps of every type, no matter how obscure the subject. Everything from hiking routes in backcountry Wales to cycling trails in distant lands is sold in the lower level at Stanfords. It has even furnished maps used in the production of James Bond films.

By the way, Stanfords also sells Frommer's guidebooks—including our award-winning guide to London, which, in turn, includes information on Stanfords. So if you're of a mind to support two travel institutions in these tough times, that's an easy click.