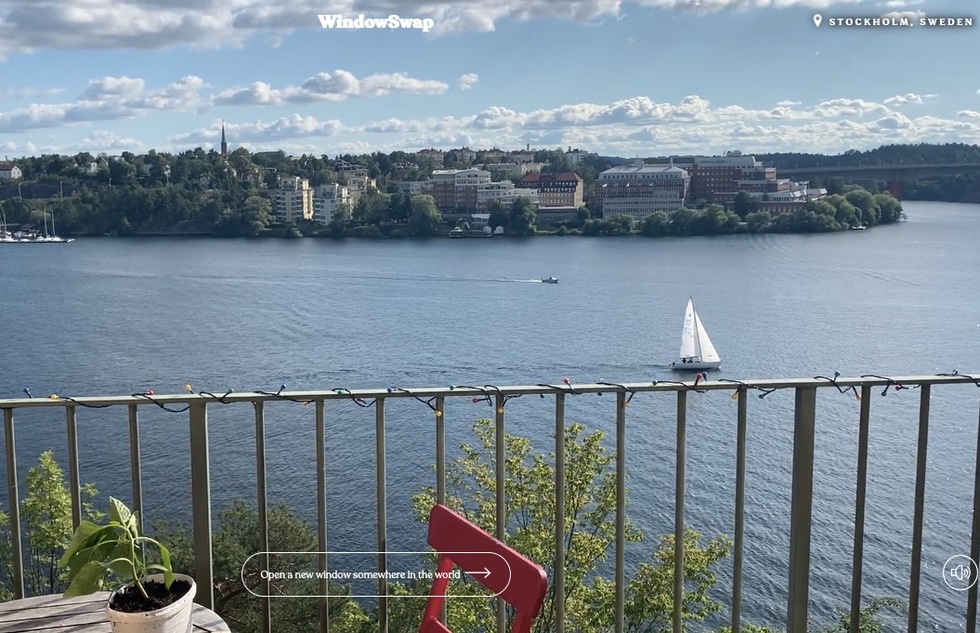 Open a New Window: See Video Views from Homes Around the World

It may not be the most dramatic part of a trip, but there is one moment when it really hits me that I’ve left my normal life behind.

After the whirlwind of flying or driving to my destination, I get settled in my hotel or vacation home, take a breath, and look out the window. And with that glance, I feel it: My reality has shifted.

That intake of breath, that realization, that first look, hasn’t happened IRL in quite some time. There’s a pandemic going on, after all.

But right now, I can fake it with the help of a very zen website called WindowSwap.

It’s a simple site. A blurry view appears on the welcome page with a button labeled "Open a new window somewhere in the world." Once that’s clicked, what looks like a livestream appears—it’s actually a video recording, usually lasting about 10 minutes.

What you're looking at is the view from a stranger's window. A caption identifies the submitter's first name and where the view was captured.

When I tried out the site, there seemed to be an overabundance of windows in Russian locations—Moscow, Tatarstan, and St. Petersburg among them.

But the rest of the world is well represented, too, from small towns in Brazil and Belgium to neighborhoods in cities such as San Francisco and Chengdu. Some views are sweeping, showing cars zipping along avenues, storm clouds moving in over meadows, or tugboats chugging along rivers. Others show more secret spaces—a small cactus garden in Tucson, perhaps, or a golden retriever in a dog bed, lazily watching branches whip around in the suburbs of Melbourne.

There are often sounds—a fussing baby, the buzz of traffic, unseen birds twittering—but never a story or even much action beyond the scenery of the everyday. But that seems to be the point.

When you tire of the view, click the "new window" button again and suddenly you’re whisked to another part of the planet. If you want to get more involved, you can even add your view into the mix.

In these days of very little travel, there’s something both comforting and exotic about gazing through the computer screen into another part of the world. I highly recommend it.