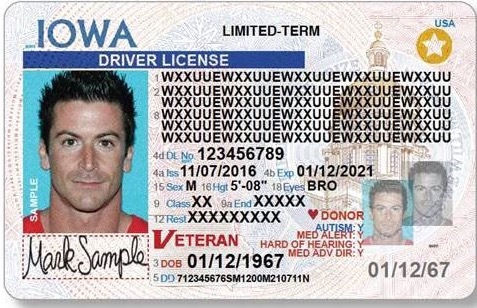 Real ID, the Travel Joke that Now Spans a Generation, Is Delayed Yet Again

The deadline for all Americans to be using Real I.D., the strengthened identification format that was announced in 2005 after the security disasters of September 11, 2001, has been bumped back yet again.

Americans must not really need safer identification at airports and federal buildings that badly, because on Monday the U.S. Department of Homeland Security (DHS) just pushed the deadline from May 3, 2023, to May 7, 2025.

In a statement explaining the umpteenth easement, DHS wrote, "progress over the past two years has been significantly hindered by state driver’s licensing agencies having to work through the backlogs created by the pandemic."

If this new date for Real ID compliance holds, babies who were born when Real I.D. was originally imagined will be old enough to be traveling with babies of their own by the time it's finally in place. We'll have gotten a whole new Star Wars trilogy, two new Avatar movies, and two new Indiana Jones sequels in the time it's taken.

The concept behind Real ID was to standardize the types of proof that are required to obtain state-issued identification. The original goal was to ensure everyone boarding commercial airlines would carry a piece of identification that verifies who they are through documentation of citizenship status and two forms of proof of address, and to allow the federally operated airport security system to have access to those data points.

You wouldn't think it would be that hard to make happen. But a pandemic, and political accusations of a grand unconstitutional scheme, gummed up the works, and a failure to make compliance free or affordable to the poor added a wrinkle of classism.

The delay was worsened in states that have been too slow, sometimes intentionally, at clearing their application backlogs and issuing the new types of I.D. Many of the states that dragged their feet at fulfilling the tighter identification requirements in a timely matter are the same ones that have agitated for new voting laws requiring specific types ID at the ballot box. The preceding paragraph should be all the proof you need that the United States has become a place where scandal-intoxicated lawmakers say one thing but do the opposite, so nothing changes.

You might already have Real ID and don't even know it because the last time you renewed your ID, the new documentation may have been a part of the process.

If your driver license or state identification card has a gold star on it as seen in the photo above (your state's version may vary; in California, it's a gold bear), it has been verified through Real ID.

If it doesn't have that star, at this point in this farce, we can't pretend it'll matter much. We'll proabably see you back here in two years when they announce another setback.