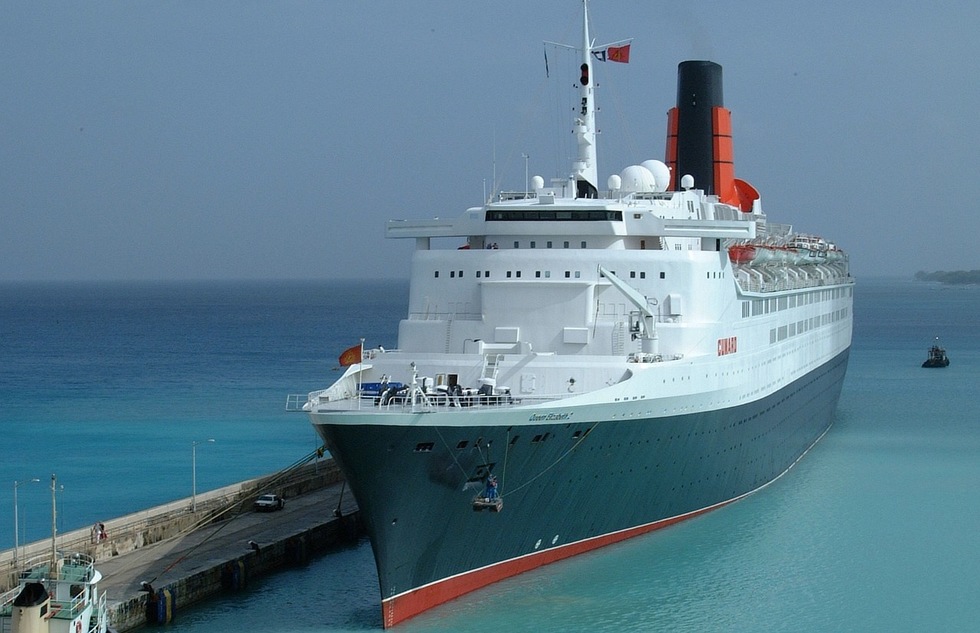 The retired Queen Elizabeth 2 ocean liner, which the Cunard Line operated from 1969 to 2008, has been transformed into a floating hotel in Dubai.

Docked at the city's Port Rashid for a decade (the 2008 recession slowed down the remodeling project), the 13-deck ship has more than 200 contemporary rooms and suites, ranging from tiny cabins to opulent aeries with private verandas.

The design, according to Travel Weekly, "combines period-piece 1960s-era furniture and memorabilia with modern amenities."

Be part of 'living history' and one of the first to check-in to the re-imagined Queen Elizabeth 2 hotel... She will be open from the 18th April 2018 with introductory prices starting from just AED 599 / £114 per room per night. Visit www.qe2.com to find out more #stillmakinghistory #bethefirst #livinghistory #dubaihotels #floatinghotel #maritimehistory #historyinthemaking #qe2 #queenelizabeth2


Also onboard: 13 restaurants and bars (though only five have opened so far), serving everything from traditional pub fare to a tasting menu with the "same dishes available on the ship’s maiden voyage in 1969."

A museum in the lobby recounts the vessel's eventful history, which includes 806 transatlantic crossings, 25 trips around the world, and notable passengers such as Nelson Mandela, Elizabeth Taylor, and David Bowie, who is said to have written some of his Aladdin Sane album while on a QE2 voyage in the early 1970s.

Though the new hotel won't have its grand opening until October, it's already accepting guests as of this week. Room rates for the "soft open" start around AED700 (US$191), reports The Independent.

This isn't the first time a Cunard ship has been turned into a floating hotel and museum. The line's Queen Mary has been serving those functions at Long Beach, California for decades.

Of course, that enterprise might not have set the best example—years of managerial upheaval have left the grand dame of the sea overloaded with kitschy tourism exhibits and ghost tours, while the ship itself has started to look rundown.

In 2016, Long Beach approved more than $23 million for a slew of critical maintenance projects. But as of this writing, only one has been completed.