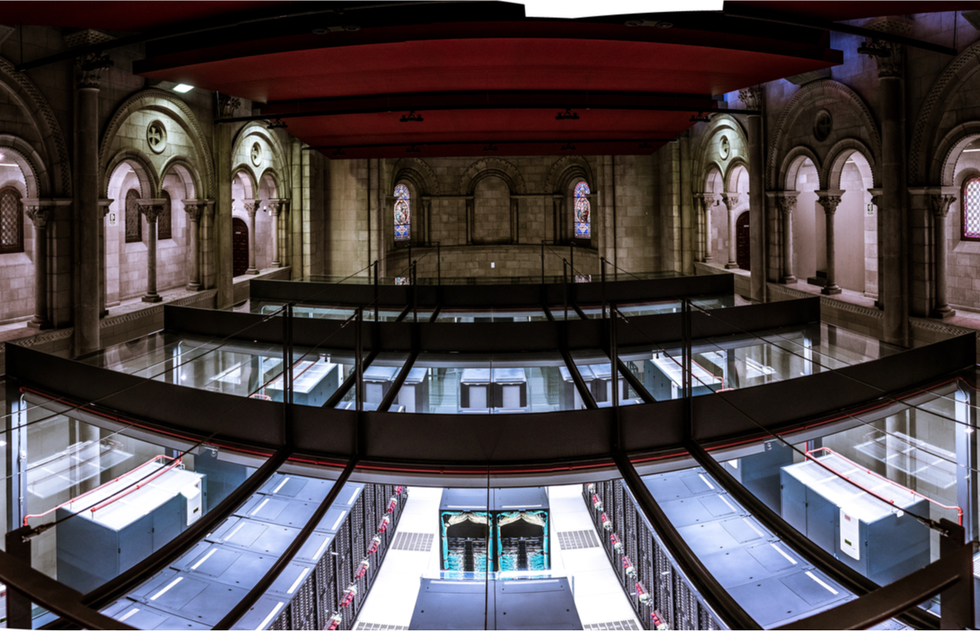 See this Supercomputer Hidden Inside a Barcelona Church

One of the world’s most powerful computers, Barcelona Supercomputing Center’s MareNostrum 4 has been programmed to do everything from predict hurricanes to analyze cancer therapies to test the aerodynamics of Spanish cars.

And it does it all from inside a church.


This supercomputer isn’t just seriously fast. It’s also seriously good-looking. Awarded Most Beautiful Data Center in the World by the computing industry, the massive MareNostrum, encased in glass, sits rather improbably within the stone walls of a deconsecrated 1940s-era chapel in Barcelona's upscale Pedralbes neighborhood.


By the end of 2020, after a series of upgrades, the MareNostrum will be able to handle 200 billion operations per second.

The quirky scientific-meets-spiritual setting even grabbed the attention of Dan Brown, who featured the MareNostrum in his 2017 thriller Origin.
And you don’t need to be a computer scientist to see it in action—free guided tours (in English) are available Monday to Friday by registering in advance on the Barcelona Supercomputing Center site. The MareNostrum is located on the grounds of the Polytechnic University of Catalonia.
Arts and Culture
Local Experiences
News