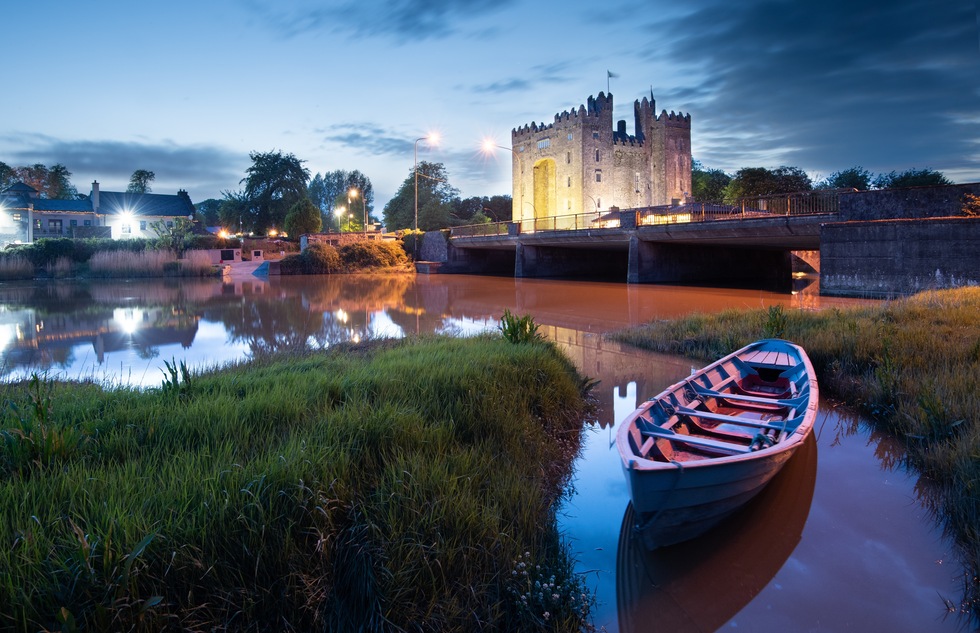 Six-Night Trips to Ireland Are Going For $499—With Airfare

When I opened my email this morning, it felt like I was seeing a message from 2004.

Aer Lingus, the flag air carrier of Ireland, is offering 6-night vacations in its home country starting at $499—including a rental car and airfare.

It's not just that I haven't seen prices that low for a while—which I haven't. It's also that for the past few years, airlines haven't been in the position to drum up business with promotional emails like this, either.

But there it is, and it warms the heart. The airline's package vacation department will sell you round-trip economy-class airfare from New York City (JFK) to Dublin or Boston to Shannon (near Limerick) and then throw in a stick-shift rental car with unlimited miles for six days, which is plenty of time to see a good amount of the country. For all that, the price will be $499 per person, including all airfare taxes and fees.

You have the option of increasing the trip length up to 14 days and of departing from other U.S. airports, but it will cost more if you do; from San Francisco or Los Angeles, for example, it'll be $766, which is still an attractive price.

To give you a sense of how good that deal is, I checked round-trip nonstop airfare to Dublin from JFK airport if purchased by itself for the lowest-priced period of availability, in January. Delta Air Lines is currently charging $585 for its most basic fare class and JetBlue wants $718—and yet Aer Lingus' package, which costs $499, gets you not only airfare but also that car for nearly a week.

Catch one: The lowest available price is valid during the winter months, in January and February 2023. If you want to go in November or December or during the spring, it goes up to $599 from NYC or Boston). That's still such a good price that it's not much of a catch.

Catch two: The rate is based on two people traveling together and sharing the same car. To solve that problem, simply bring someone you'd like to see Ireland with.

Catch three: This is a limited-time promotion, so you have to make your reservation by Friday, October 14.

The fourth catch is only a catch for some people: For the lowest rate, you'll need to know how to work a stick shift vehicle. If you don't, try to learn how, because it's one of those life skills you should probably have in your toolbox, like cleaning a fish or baking a loaf of bread. Anyway, if you can't learn, you can just pay more to upgrade to an automatic, but make sure you've reserved one ahead of time.

There was a time when the travel world was brimming with deals like this. Economic times are tightening, so to give everyone a chance to keep traveling through them, I hope there are more offers like this waiting in the wings.