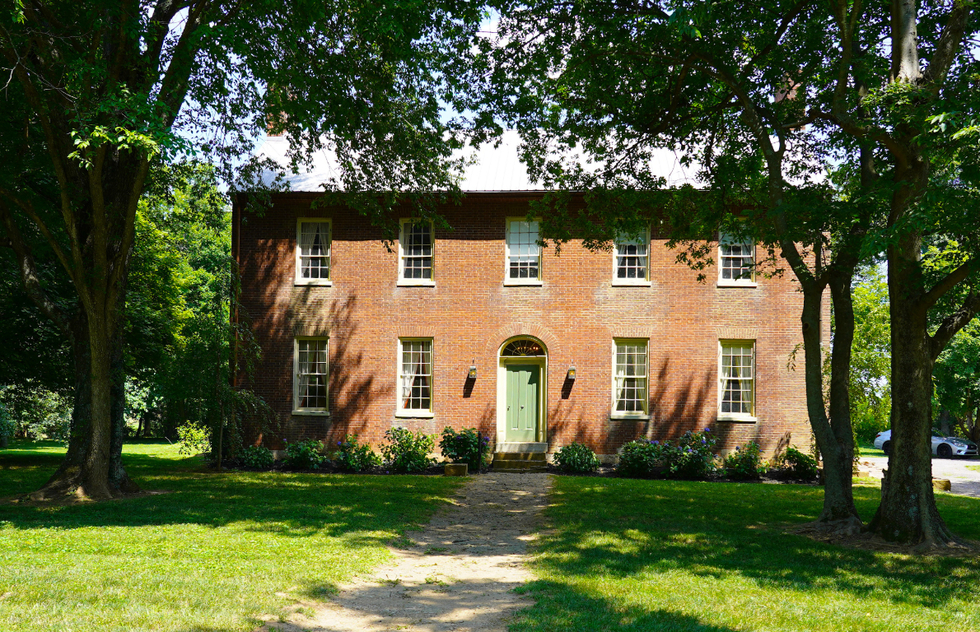 The Samuels family of Nelson County, Kentucky, traces its whiskey-making lineage back eight generations to an ancestral distiller who supplied liquid courage to the troops in George Washington's Continental Army.

You're probably familiar with one of the family's more recent achievements, Maker's Mark bourbon, introduced by Bill Samuels in the 1950s.

Now his grandson Rob, who is in charge of the distillery (part of the Beam Suntory booze behemoth), plans to open the doors of the family manse for overnight stays. 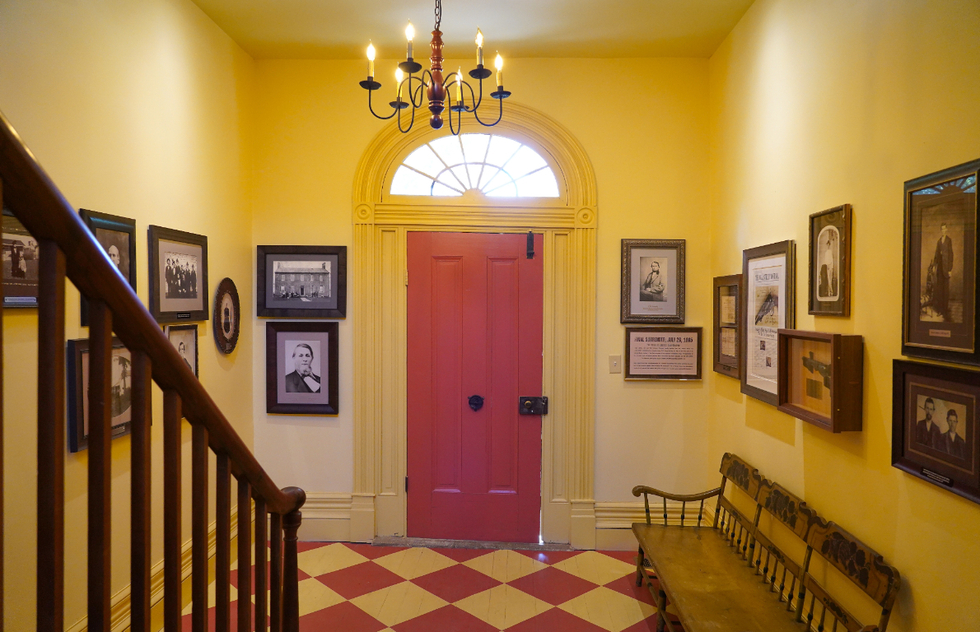 Known as the Samuels House, the stately, Federal-style building dates to 1820, when John Samuels (son of the patriot who kept Washington's soldiers in hooch during the Revolutionary War) built the place on two acres amid oak trees and horse pastures.

The property sits near Bardstown, a gateway to the Kentucky Bourbon Trail, and is about a 40-minute drive north of the Maker's Mark Distillery in Loretto.

Recently reacquired by the Samuels family after having other owners for the last 60 years or so, the house has been converted to a luxe and historic vacation rental with three suites sleeping up to eight guests in total. 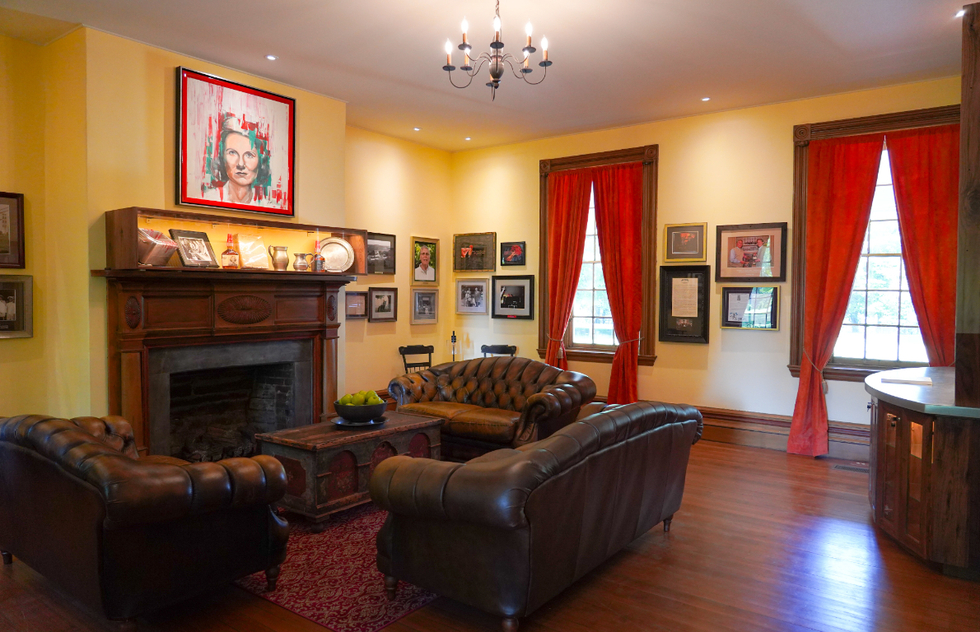 There are several fireplaces and a spacious back porch. The foyer, parlor, and kitchen are decorated with two centuries' worth of Kentucky- and bourbon-related memorabilia, including photos, old whiskey labels, and even the deep-fat fryer in which Maker's Mark matriarch Margie Samuels (Rob's grandmother) once dipped bottles in red wax to create the brand's distinctive look.

A pistol on display was surrendered in 1865 by outlaw Frank James, older brother of Jesse, on the property's front lawn. James turned the weapon over to the family's first commercial distiller, T.W. Samuels, who also happened to be the Nelson County sheriff at the time. 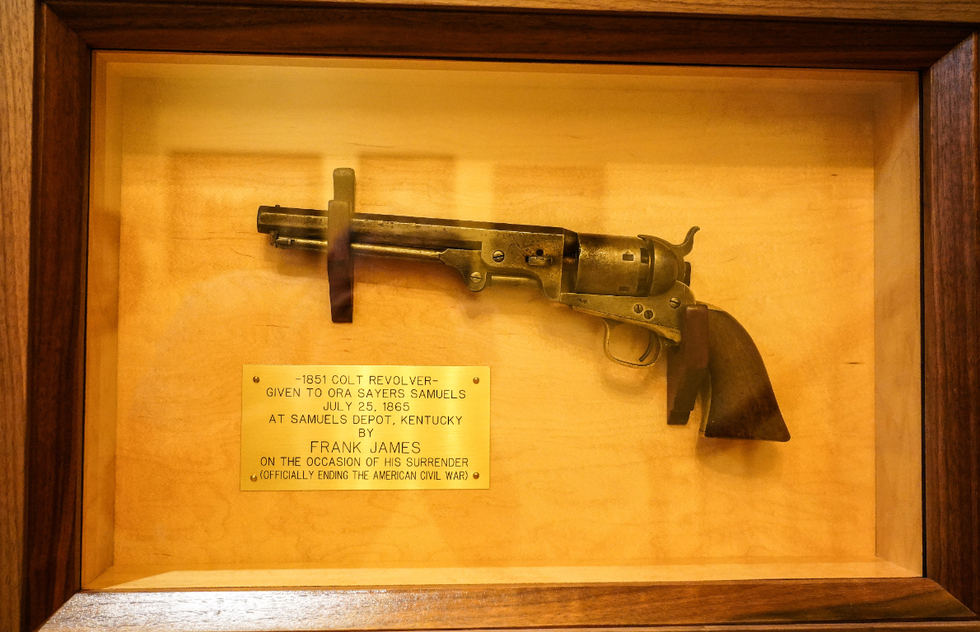 Nightly rates for renting the Samuels House start at $1,000, which comes out to $125 per person for a party of eight. Reservations require a minimum 2-night stay.

For an extra charge, guests have the opportunity to book an evening of cocktails and stories told by Bill Samuels, Jr., who ran Maker's Mark for decades. (This offering is subject to his availability.)

According to Louisville's Courier-Journal, overnighters will also be able to arrange for a dinner, including cocktail pairings, prepared by Maker's Mark chef-in-residence Newman Miller.

Additionally, there's talk of Samuels House guests getting exclusive access to the Maker's Mark Distillery in the evenings, after all the other tourists have left.

The Samuels House is scheduled to open to overnight visitors in early September. For more information, visit TheSamuelsHouse.com.