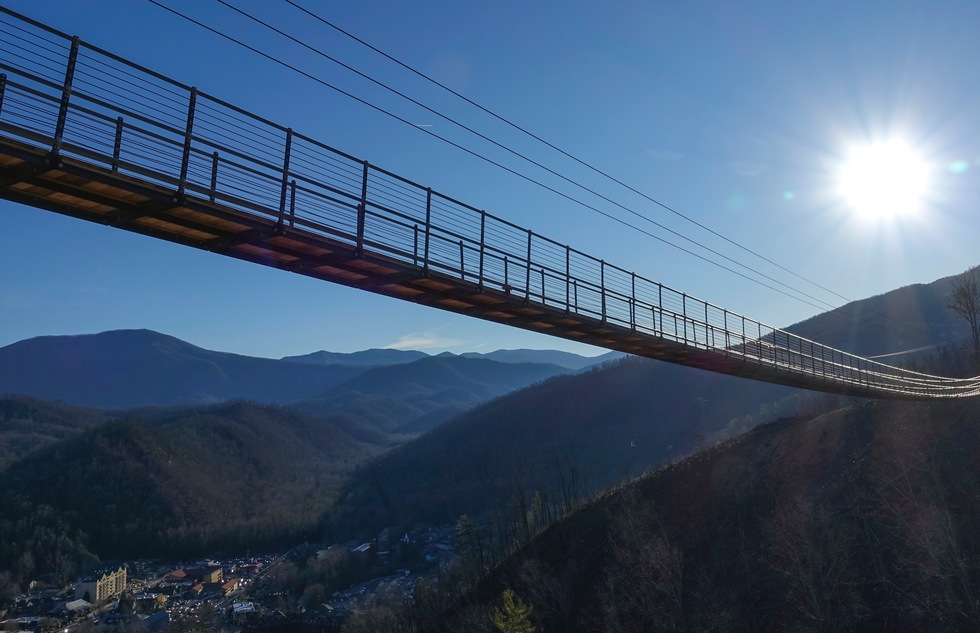 Eastern Tennessee is now home to the longest pedestrian suspension bridge in the United States.

Opening May 17, Gatlinburg SkyBridge, located in the resort town that serves as a gateway to Great Smoky Mountains National Park, stretches 680 feet across a deep valley, offering views of downtown Gatlinburg and the surrounding mountains for those who venture across.

At its highest point, the bridge hangs 140 feet above the valley floor. There are glass panels built into the walkway at that spot in case you weren't already feeling queasy.

The new bridge is located at the top of the Gatlinburg SkyLift, a popular chairlift attraction established in 1954.

The lift, which ascends Crockett Mountain, was badly damaged by the wildfires that ravaged the region in late 2016, causing the business to close temporarily.

A newly renovated, three-seat chairlift debuted in 2018, and now there's stuff to do once you reach the top of the mountain. In addition to the bridge, a new observation deck also opens on May 17. It has a wide terrace for taking in the views and a snack bar for fortifying yourself to walk across the sky. 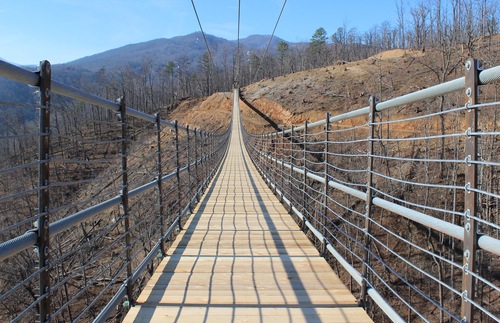 The bridge is being billed as the "longest pedestrian suspension bridge in North America," but, as the Knoxville News Sentinel points out, there's another contender for that crown. A structure on Kelowna Mountain in British Columbia is said to be about 100 feet longer.

In any case, nobody disputes that SkyBridge is the longest in the United States, so visitors will still traverse an impressive record holder.

Gatlinburg SkyBridge tickets, which include chairlift rides as well as access to the observation deck and suspension bridge, are $19.95 for adults, $14.95 for kids ages 4–11, and free for kids ages 3 and younger.
News
Outdoor & Adventure