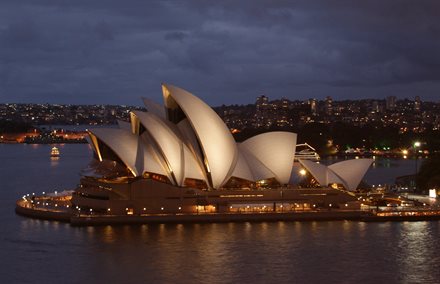 The Sydney Opera House is unquesionably one of Australia's most iconic sights—if we're talking manmade landmarks, it probably tops the list.

But let's be honest: few who visit the architectural stunner come back raving about how entertained they were. Most just snap a photo or two (or 30).

That could change in the not too distant future, following the completion of the opera house's recently announced $202 million renovation project.

Billed as the facility's most extensive overhaul since it opened in 1973, the makeover will include, among other things, the introduction of a Creative Learning Centre where kids and families can attend workshops, play games, and attend special performances. An updated entrance will feature new elevators, digital artwork, and improved access for visitors with disablities. Opera lovers can expect better acoustics, thanks in part to a 3D sound system and quieter air conditioning.

The project is set to begin in the middle of 2019 and is scheduled to be completed by the start of the 2021 season. Though there will be some closures here and there, most of the facility will remain open throughout the renovation.