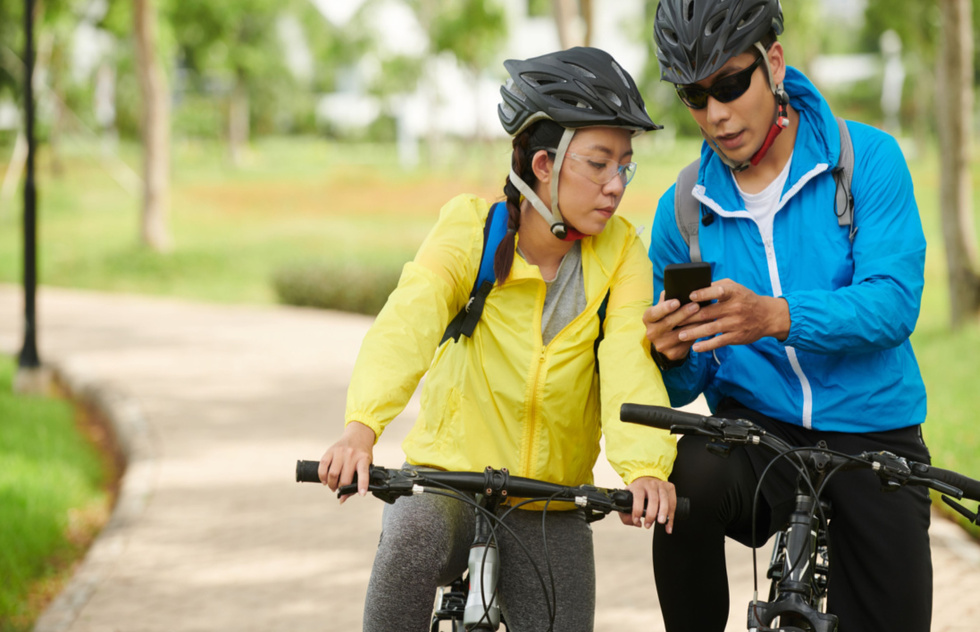 If you want to feel old, tell the children in your life that not so long ago it was too expensive to use your smartphone on vacation.

Back then, if you forgot to put your phone on airplane mode when you first landed in a foreign country, the initial download of emails alone could rack up huge unexpected bills. If you didn't "unlock" your phone and buy a new SIM card at an airport newsstand, you could be on the hook for hundreds or thousands of dollars in data charges just for watching a YouTube video.

The climate for roamers has changed a lot since then, as technology improves and communications companies merge and flex their clout. Since the 2013 introduction of its Simple Global concept, T-Mobile has had something of an edge among carriers in easing expenses and hassles for travelers, granting free international texting and making it possible for customers to use their devices abroad without outrageous extra fees in around 210 countries.

The caveat to all that: To avoid those fees, travelers have often been restricted to data speeds as slow as 128Kbps.

In 2020, T-Mobile got more leverage in the industry by merging with Sprint. On Thursday, T-Mobile announced an upgrade to its guaranteed international services for people subscribed to the company's Magenta MAX plan, billed at $85 per month.

The plan's "Coverage Beyond" retains free texting and no-fee roaming in about 210 countries—but with a sharp improvement.

As the company expressed in its announcement, "Starting June 21, when touching down in a foreign country, T-Mobile customers will get 5GB of free high-speed data each month, up to 5G speeds where available."

You don't have to sign up—the coverage is automatic when you travel.

In plenty of countries, data speed will still be restricted to 256Kbps, which is twice the previous level but still a crawl by most people's standards. Thanks to new corporate partnerships, though, customers on the Magenta plan ($70 a month) automatically get the highest 5G speeds in the following countries: Austria, Croatia, Czech Republic, Germany, Greece, Hungary, Macedonia, Montenegro, Poland, Romania, and Slovakia.

That's an appreciable improvement, but 5G speeds still aren't granted everywhere. Customers who are in other countries or who use up the new 5GB monthly data allowance while roaming, can still purchase one of T-Mobile's existing data passes that add improved access for a fee. The $35 version grants another 5GB of data for 10 days, while $50 gets you 15GB for a month, and at swift 5GB speeds, even in countries where Coverage Beyond might be restricted to slower speeds.

So even though the new Coverage Beyond doubles data speeds in many places, there will be travelers who will still want to buy an add-on data pass package for more convenient connections. As before, T-Mobile customers can sign up for an add-on package by text after they've arrived at the destination and sussed out the connectivity situation. That way, users don't have to worry about buying data passes they don't actually need.

T-Mobile is selling Coverage Beyond as a suite of benefits for travelers, so the company is linking the new services with some of its other travel-related endeavors.

For example, the new program includes free access to the in-flight Wi-Fi networks on domestic fights by Delta, American, and Alaska Airlines "on select flights" starting June 21, according to T-Mobile, and "United Airlines will follow." This access is part of a previously existing partnership with Gogo.

Customers on Magenta MAX plans get "free connection all flight long on every flight," but Magenta subscribers only receive free access "on four flights the customer chooses per year, with a free hour for every flight after that." That caveat may be acceptable for the customers who save $15 a month using the lower-priced Magenta plan.

T-Mobile is also granting all subscribers a free year of membership to the American Automobile Association (AAA) through a promotion dubbed AAA Year on Us. Membership will include 24-hour roadside assistance, towing, and flat repair. If you sign up through the promotion, the program "automatically renews at up to $83/year".

Simultaneously, T-Mobile is raising the octane on a new booking portal with its partner Priceline, which T-Mobile claims will enable customers to "save up to 40% and never pay full price on hotels or Pay Now rental cars." (This pilot program has been in place for about a year.)

Finally, T-Mobile is also throwing in a promotion good for $0.20 off gallons of gasoline at Shell stations. That's only valid through Labor Day and only works for up to 20 gallons per purchase. Customers have to download and activate the company's T-Mobile Tuesdays app to access the discount, which kicks in starting June 21.

T-Mobile has set up a new web page, t-mobiletravel.com, to promote this collection of travel-related perks. There, the company says, customers may "enter their number and get a code to unlock exclusive savings to start planning their next trip."