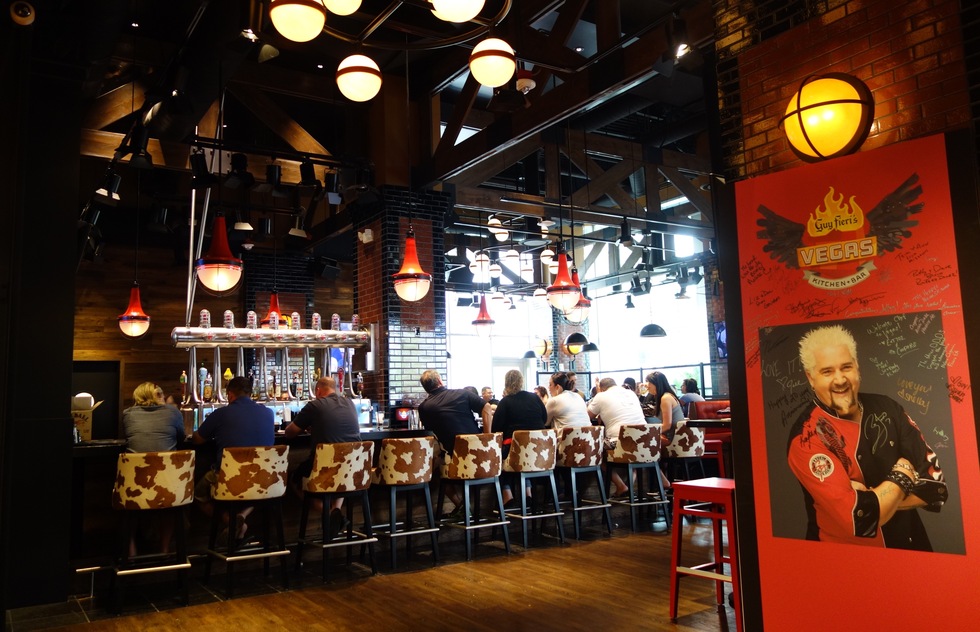 Take a Road Trip to Diners, Drive-Ins, and Dives Visited by Guy Fieri

A Change.org petition to change the name of Columbus, Ohio, to "Flavortown" in honor of Guy Fieri, the excitable celebrity restaurateur born in Columbus in 1968, has, as of this writing, garnered more than 130,000 digital signatures.

Until that measure passes, the closest you'll probably come in real life to visiting Fieri's oft-extolled Flavortown—described by Food Network as "a mythical place, a state of mind, where fun and food meet in perfect harmony"—is at the restaurants featured on the TV star's long-running Diners, Drive-Ins and Dives.

To help with that project, there are at least two fan-helmed websites dedicated to profiling every joint the show visits so that viewers can plan a pilgrimage.

Diners, Drive-Ins & Dives Locations features lengthy, firsthand accounts of more than 1,300 restaurants, across more than 400 cities, that have appeared on the show since its debut in 2007.

Listings are broken up by cuisine type and location (city and state). Unfortunately, you often have to dig through a 500-word review to find out that the place being profiled closed a decade ago.

FlavortownUSA has a more reader-friendly design and better clarity when it comes to presenting and organizing info. A red banner with the word "Closed" appears across entries for restaurants that are no longer with us—a time-saving feature for fans planning an in-person visit.

I know people who use the site to plan road trips, scheduling pit stops at intriguing eateries featured by Fieri. FlavortownUSA makes that easy to do with mapping capability via Google Maps that helps you find restaurants and driving directions.

Plus, users can post their own reviews. In addition to the website, FlavorTownUSA has a mobile app version available for Apple and Android devices.

If you're looking to maximize the number of Fieri-blessed businesses during a road trip, you might want to take a drive through California, which has the most FlavortownUSA listings at 192. Next in line are Texas (79), Florida (73), and Hawaii (52).

West Virginia and Montana only have two entries apiece. Alabama and North Dakota have just four each. Tiny Rhode Island has a respectable 10.

Another alternative for Fieri fans is Food Network's chronological list of restaurants covered by the show, but be warned: The online directory is not easy to search.

Stopping at locally run restaurants during a road trip is a good way to help support an industry badly hurt by the ongoing pandemic. Guy Fieri himself would certainly approve: During the height of the crisis, he raised a whopping $21.5 million for unemployed restaurant workers.