Some awful human being has defaced a precious and panoramic dry lake bed in Californian’s Death Valley National Park by taking a swerving, 10-mile joyride across the thin crust of the delicate formation.
The thoughtless vandal took the name of the feature, the Racetrack, seriously and used it as their personal off-road playground. A witness reported it while it was happening, and federal investigators say they have a suspect in mind and expect to press criminal charges.
A park spokesman said the damage was the worst that’s ever been seen in this location. Tire track scars remain for years and can only be diminished somewhat by rain—in an area that is one of the driest on the planet, which typically means two inches or less in an entire year.
The Racetrack is home to the mysterious and world-famous “moving rocks,” which are large stones that slowly drag their way across the plain because of the effects of the elements. Tire tracks create indentations that obstruct the paths of the rocks.
It’s been a tough year for horrible tourists and the U.S.’s nature reserves. Last spring, actress Vanessa Hudgens agreed to pay a $1,000 fine after scratching a valentine into a rock at Sedona National Forest.  Last month, a video appeared to show a few anti-social showboaters knocking over a landmark stone formation in Oregon for their own amusement. In May, a braggart social media outfit called High on Life fled the country after it trespassed on the edge of Yellowstone’s Grand Prismatic Spring for a potentially fatal YouTube stunt.

Members of High on Life, which was accused of a federal offense for the Yellowstone stunt (a hearing is reportedly scheduled in November), have also been cited for a flurry of other forbidden and selfish activities in U.S. national parks, including flying a drone in Mesa Verde, water-skiing in Utah's Bonneville Salt Flats, and riding bicycles in unauthorized areas of Death Valley.

The group made it easy for federal investigators to make their case: It had posted images and videos of their exploits on social media. 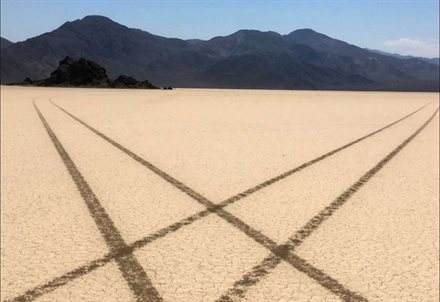