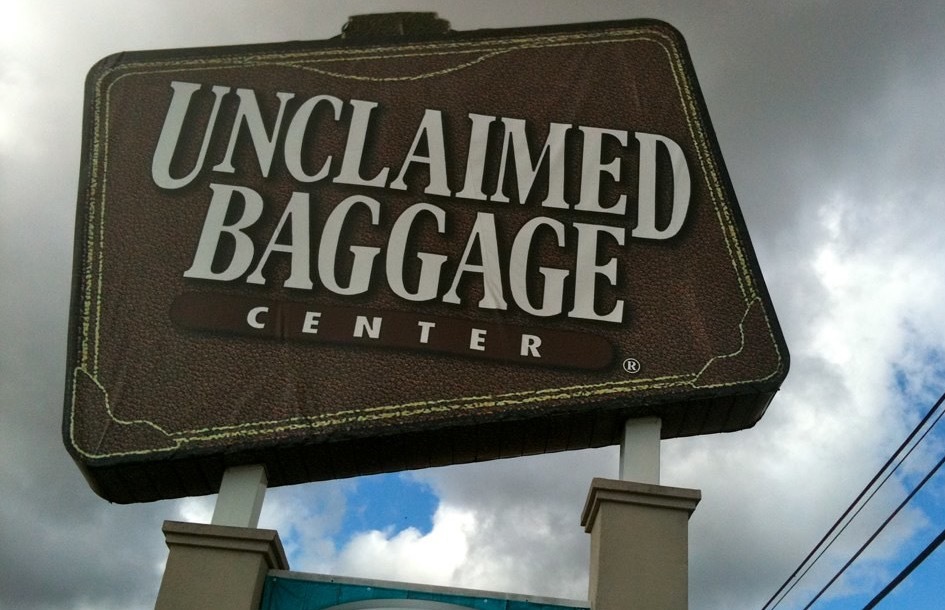 Most regular travelers have heard about the Unclaimed Baggage store. If they have, the words probably fill them with dread. Unclaimed Baggage is one destination you hope never plays a role in your traveling life.

This 50,000-square-foot institution in Scottsboro, Alabama, is the Island of Misfit Toys for lost luggage. If the airlines can't reunite misplaced checked bags with their owners after three months of trying, carriers sell the stuff to Unclaimed Baggage, where strangers can buy whatever they find.

For travelers, that's a horrifying thought. For bargain hunters, it's a boon. The building brims with discount pirates searching for booty in the wreckage of the S. S. Shattered Dreams.

Until now, you had to go to Scottsboro in person to grab the center's end-of-the-line discoveries (the place is closed on Sunday and Monday). But thanks to a new innovation, you can order the orphaned bounty of Unclaimed Baggage from home at any hour. It's safer that way, anyway—you could lose a suitcase on your way to Alabama.

The store has mounted a brand-new online version for some of its more interesting finds. At long last, you can stick your sticky fingers into strangers' luggage and take their heirlooms from the comfort of your own couch.

True, the inventory is interesting, and there's a lot of it. As of this writing, you can buy anything from a Tiffany & Co. necklace to a venom extractor kit to a 1917 red-letter U.S. dollar bill.

The prices for such leftovers are rarely rock-bottom—the above items cost $926, $6.30, and $75, respectively. But the sense of opportunity drives many an impulse purchase at Unclaimed Baggage, and anything remotely interesting will surely fly out the door in short order.

I've been to Unclaimed Baggage in person, and I have to say that for me it was a depressing experience. It's not like a yard sale, because the owners of this stuff wanted to keep it. As I walked through room after room where other people's belongings were being trafficked, I couldn't shake the feeling that the airlines didn't try hard enough to find the owners. Why would they? There's a system in place ready to profit off whatever is lost. (For what it's worth, the Unclaimed Baggage website claims that airlines return "over 99.5%" of luggage to the rightful owners.)

Maybe I'm the only one with qualms. Unclaimed Baggage couldn't endure for a half century if everyone was as soft as I am. The store started in 1970 by reselling luggage that people forgot on Trailways bus trips and because shoppers loved the idea, an empire of ephemera was born.

If you're a more hardened consumer than I am, rifle through Unclaimed Baggage's wayward wares without going to Scottsboro by visiting the new online store at UnclaimedBaggage.com.

I sincerely hope you don't find your own belongings on there.