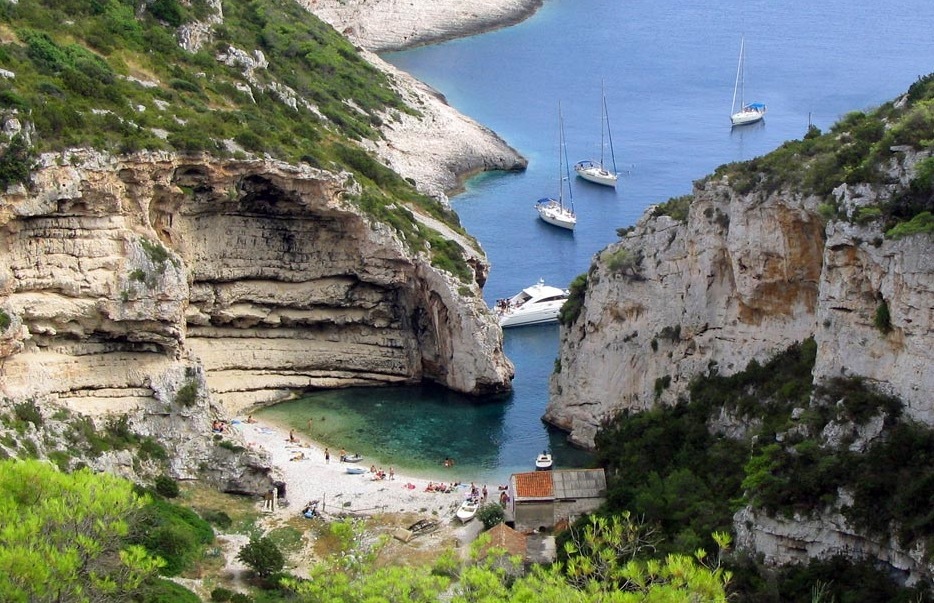 The 'Mamma Mia!' Sequel is a Lie: That's Not Greece!

You may remember—or perhaps you studied it in your Great Achievements of World Cinema class—that the first Mamma Mia! movie was set in Greece. Based on the hit Broadway musical, the film was famously, dazzlingly Greek, so Greek it made Zorba look shy. Meryl Streep's American character has decamped there to run a preposterously picturesque cliffside inn, where old flames hover and neighborhood teens maintain Vegas showroom physiques by dancing up and down Greek staircases to the Greek fishing harbors and turning whitewashed Greek huts into veritable karaoke dens for the greatest hits of ABBA.

Ten years later, there's a sequel, Mamma Mia! Here We Go Again. The budget must have shrunk since 2008, because not only is Meryl Streep barely in it, but there's also no Greece.

The millions of people who plunk down ticket money to attend ABBA's B-side musical—it beat the new Tom Cruise Mission: Impossible movie at the box office in many countries—may be tempted to boogie down to the Aegean Sea to continue the party. Don't just yet.

The first film was made in the village of Damouchari and on the Aegean isle of Skopelos in Greece's Pelion region, north of Athens. Those locations were spotlighted so lavishly that I want the names of their agents.

But exterior shots in the sequel, while ostensibly set in the very same hotel, were actually captured nearly 500 miles away—in Croatia. The interiors were shot in England. So there's actually no Greece at all in the Greek-set Mamma Mia! sequel.

The new setting, which is as lovely as Skopelos and deserves its own curtain call, is the island of Vis in the Adriatic Sea. As idyllic and as Mediterranean as it certainly is (the isle's absurdly romantic Stiniva Beach is pictured above), it's actually closer to Rome than it is to Athens.

To vacation on Vis, you must fly not to any Greek port, but to the Croatian capital of Zagreb or coastal Split. A ferry from the latter city reaches the island in 90–140 minutes.

Tourists have only been permitted on the Dalmatian isle since 1989. Before then, it was a Yugoslavian military base—but not a very destructive one, since the island remains gorgeous. Only about 3,600 people live there.

A bulk of the movie's scenes were filmed in Kozima, a tiny 12th-century fishing village that has just a single hotel—Vis is favored by yachters, who can sleep on their own boats. The cast rented villas for the six-week shoot instead.
Beach & Water Sports
Local Experiences
News
Outdoor & Adventure