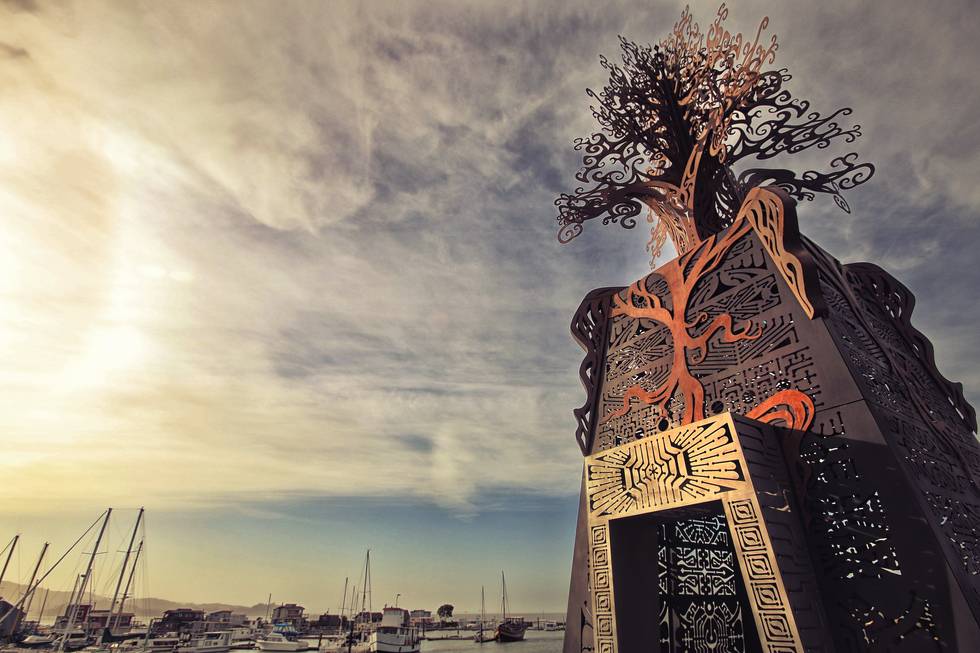 The nine-day Burning Man festival, held in the depths of summer in a remote area of Nevada’s Black Rock Desert, earns mixed reviews. Founders describe it as “a temporary metropolis dedicated to community, art, self-expression, and self-reliance.”
But others, such as former attendee and writer Soren Bowie, remember it differently. “I went seeking a Utopian enclave … Instead I found misguided, fat men in tie-died t-shirts with exposed genitals caked in dust,” he recalled in a 2010 Cracked article.
Regardless of the experience, one thing’s for certain: The intricate works on display all around the event’s seven-square-mile Black Rock City are mind-blowing, not to mention expensive.
Case in point? The Temple of Wholyness pyramidical sculpture required $65,000 in crowdsourced funds, and exceeded that goal by more than $10,000.
When each summer's Burning Man ends, artists burn most installations, including the iconic 75-foot-tall “the Man” sculpture that gives the event its name, to leave no trace of the party in the desert. Other pieces are moved into storage.
One California harbor is giving Burning Man’s large-scale art a second, longer-term home—and you can see it without being hot, naked, and caked in dust.
The Point San Pablo Harbor in Richmond, California—20 miles from downtown San Francisco—was in disarray before a new co-owner, Rob Fyfe, took over. After cleanups, Fyfe collaborated with non-profit We Are From Dust to give the art of Burning Man a second life on his revitalized waterfront.
The harbor’s first piece, The Future’s Past sculpture by Kate Raudenbush (pictured above), came straight from being on display last year at the Smithsonian’s Burning Man exhibition; it debuted at Burning Man 2010. The second sculpture, Asterpod (pictured below), was created by longtime Burning Man artist Michael Christian. Both pieces will be on display for at least one year, at which time others will take their places.
With Burning Man veterans and creatives at the helm, We Are From Dust raises funds to bring inspirational and participatory artwork from storage to public exhibition spaces. This includes transport, insurance, installation, and required improvements. According to Fyfe, the team will likely bring a new Burning Man piece to the harbor in September, after the 2019 event.
While Burning Man draws around 80,000 attendees every August (with hopes to reach 100,000 in 2019), the isolated Point San Pablo Harbor is quiet and crowd-free. To reach it, take I-580's Point Molate exit and follow Stenmark Drive North for 2.6 miles before turning right up the hill on Point San Pablo Marina Road. From there, the park is less than one mile away. 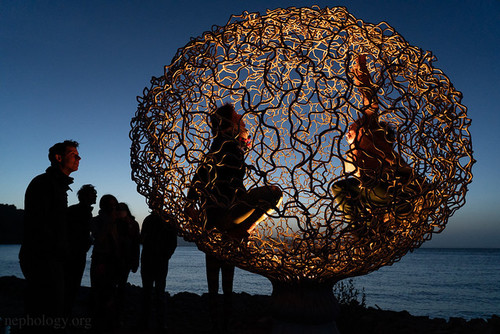