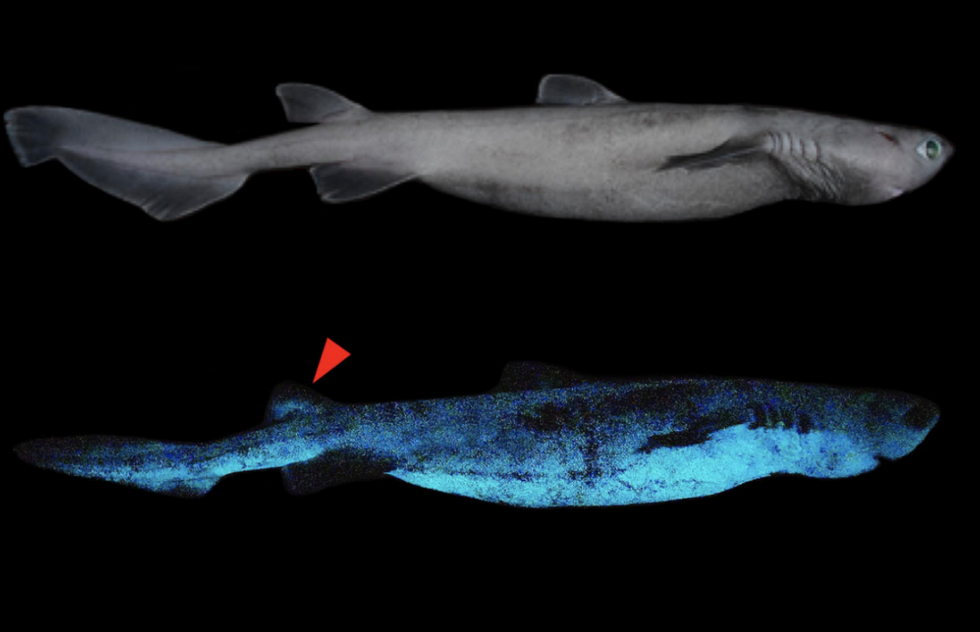 Scientists have discovered further proof that Mother Nature was on hallucinogens when she came up with the underwater world: Three different kinds of glow-in-the-dark sharks have been found living in the ocean near New Zealand.

The three species—known as the kitefin shark, blackbelly lanternshark, and southern lanternshark—inhabit the Chatham Rise, a section of the ocean floor to the east of New Zealand.

You don't have to worry about encountering the glowing predators during a swim. According to the BBC, their habitat is in the so-called "twilight zone" approximately 650 feet to 3,200 feet below the surface, where things get dark and trippy.

The existence of the three shark species in question was already known, but researchers hadn't documented their bioluminescence until now. A study published in the journal Frontiers in Marine Science also marks the first time marine biologists have identified an ability to emit light in sharks of this size.

The Belgium- and New Zealand-based scientists behind the research say that the kitefin shark now qualifies as the world's largest known "luminous vertebrate." It can grow to a length of nearly 6 feet.

The researchers theorize that the sharks developed light-producing cells in their skin as a method of counterillumination, which paradoxically camouflages them from prey when seen from below. (On the ocean floor, the nursery rhyme goes, Twinkle, twinkle, lurking shark / Please don't eat me in the dark.)

You can see photos of all three bioluminescent sharks with the scientific study at the Frontiers in Marine Science website.

For more views of the wonders of the deep, see our roundup of 2020's best ocean photography.

And to learn more about embarking on deep-sea explorations of your own, check out our feature on OceanGate Expeditions, whose high-tech submersibles take well-heeled, claustrophobia-free travelers to the Titanic shipwreck, underwater mountain ranges, and other aquatic sights.