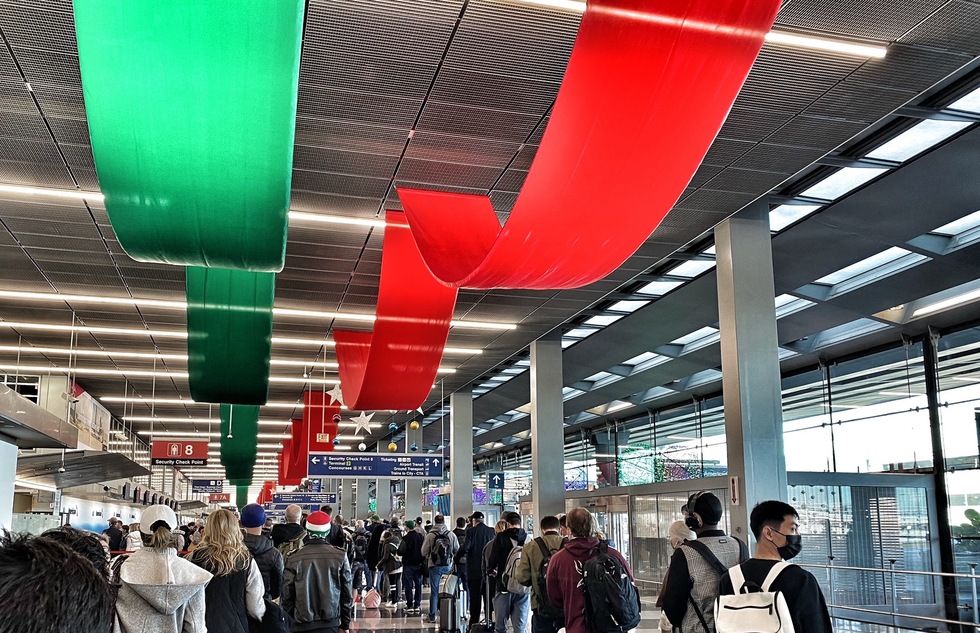 This Thanksgiving Season's Busiest Airports—and When They'll Be Most Crowded

When should you get to the airport to fly home for Thanksgiving this year?

A lot depends on which airport you'll be flying from.

Which is why we're thankful for Hopper. The travel-booking app has released a granular and very helpful look at when major U.S. airports will be at their busiest—not just the days of the week but the times of day as well.

Let's get the obvious out of the way first: As in previous years, the Wednesday before Thanksgiving and the Sunday after will be the most crowded days at airports (and on the roads, for that matter). Those are also the priciest days to fly domestically.

But where will things be especially hectic?

Hopper has compiled the following list of the top 10 most crowded airports, along with when each hub will have the most planes competing for runway space. The hours below may not actually be the most crowded for getting through airport security, but we'll get to that in a moment. First, the list:

So when should you arrive at the airport if you have a flight from, say, Orlando at 7am?

Normally, we'd say to get there by 5am, but since we know your flight time is the busiest of the day—and because it's scheduled to leave early in the morning (see above)—we'd recommend showing up a good three hours before your departure time. Maybe budget for an in-terminal breakfast while you wait.

Arriving later could be risky, especially this year because the TSA's vaccine mandate goes into effect November 22 and that could affect staffing levels if some security screeners don't get their shots in time.

What's more, holiday traffic is likely to lead to congestion on roads to the airport and in parking areas.

Do you need to get to the airport three hours before a flight at Denver's busiest time of 11am on Wednesday? Not necessarily. It's possible that the bottlenecks reflected in this data later in the morning have to do with the fact that some airports get a lot of connecting flights. Consequently, busy runways don't always translate into long lines at security because flyers catching domestic connections don't have to go through TSA checkpoints again.

So you might be able to get away with arriving 2.5 hours before that flight out of Denver at the airport's busiest time of 11am.

But don't risk it. Give yourself plenty of time. This year's in-person Thanksgiving is one few of us want to miss.