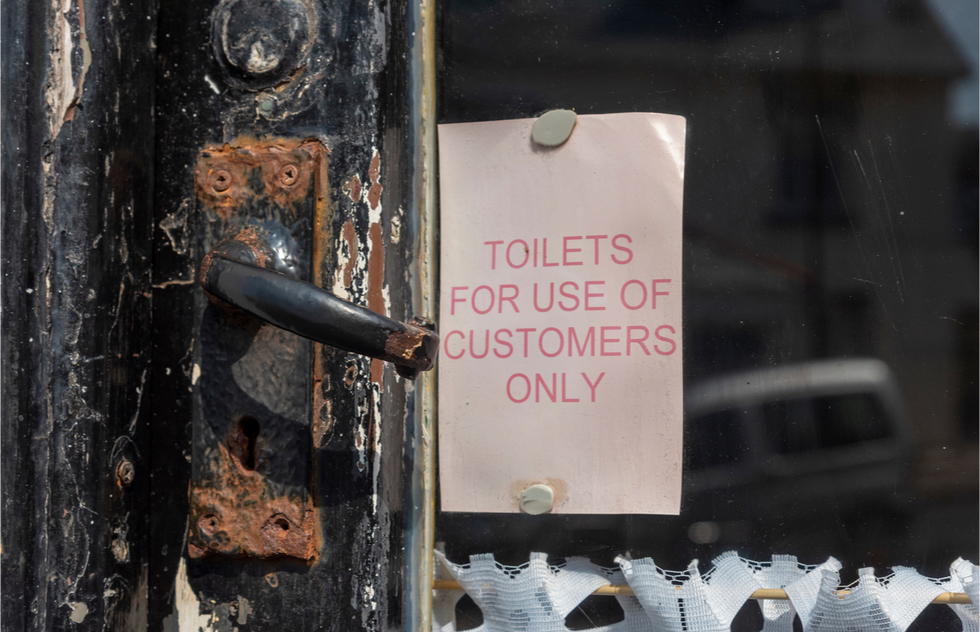 Every traveler knows the misery of not being able to find a loo. When you're spending hours away from your hotel exploring an unfamiliar town, pit stops can be few and far between.

In kinder times, free places to pee were bog standard. They included restrooms built into subway platforms and down staircases on busy streets. But most of those public WCs were padlocked decades ago out of fears over drugs, crime, and severe janitorial challenges.

When those public washrooms closed, nothing officially filled the gap they left. A few chain restaurants like Starbucks and McDonald's grudgingly rose to become de facto public toilets—but often only for those who could afford to purchase something first. (Starbucks is an exception; since 2018, all visitors can use the restrooms without buying anything.)

In London, meanwhile, it's now a lot easier to pee for free.

An altruistic pair known as "Soph and Merl" began compiling toilet door codes while they were still students. "We are lucky enough to have the luxury of being able to afford a coffee, or of being able to walk to a loo further away or on our campus if we needed to," they told Londonist in an interview. "Obviously those aren't options that are open to everybody."

Soph and Merl see the project as their own form of evacuation vigilantism. "People with disabilities and chronic illness, for example, aren't always able to go out of their way to get to a toilet, or may need to use a bathroom urgently and unexpectedly," they told Londonist. "Likewise, homeless people should be afforded the basic human dignity of access to a toilet whenever they need it."

Not to mention pregnant or breastfeeding mothers, diabetics, elderly people, and on and on.

A Google Doc containing current codes is always pinned at the top of the @LDNLooCodes Twitter feed.

Should the pair feel bad about giving out the codes? Not really, they say. Their movement comes out of an instinct to be better citizens. They do not discourage making a purchase when possible, and they intend to leave each toilet in the same condition that they found it.

The tweeters also point to hypocrisy among the big chain stores, which profess community responsibility on their corporate websites but in practice lock out locals who can't cough up cash.

So that's London covered. Who wants to start a toilet code database elsewhere? There's only so much longer that neighbors and tourists can wait with their legs crossed.