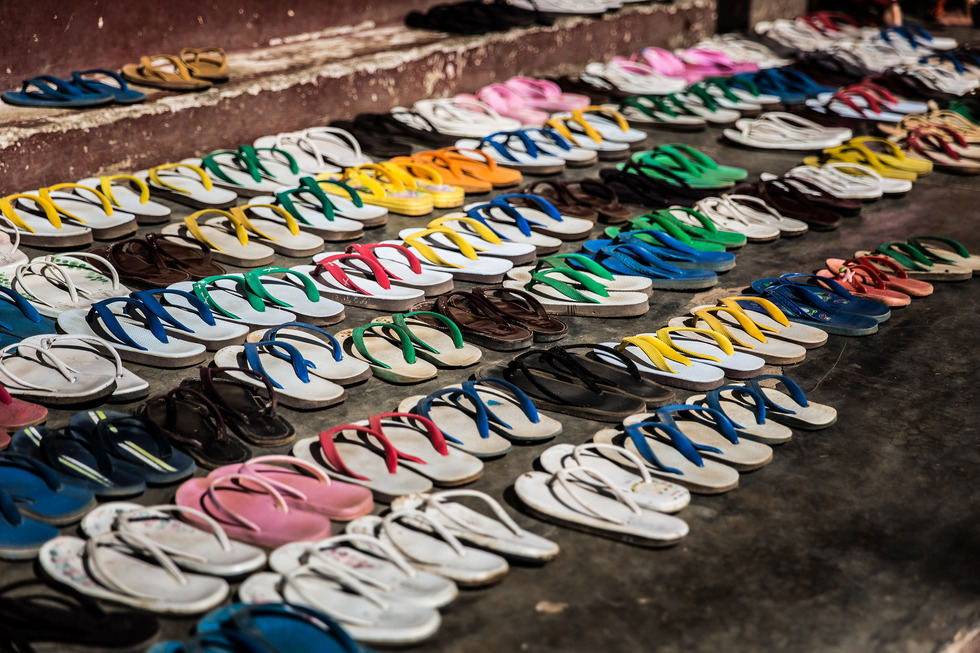 Taiwan's The China Post reports that a Russian tourist has been imprisoned in Myanmar for the crime of wearing sandals in the world-famous tourist site of Bagan.

Wearing shoes in pagodas and other holy places is considered highly insulting to the Burmese, and multiple signs sternly warn visitors against it. It's not known whether the Russian tourist couldn't read the signs or if she simply didn't see them or she ignored them. What is known is that she was given the choice between a fine equivalent to US $369 or a month in jail, and she chose jail.

The cluster of Buddhist temples in Bagan, in central Myanmar, is one of the principal attractions in the country formerly known as Burma. As a matter of everyday manners, it's considered profoundly disrespectful to wear shoes on or in them—everyone leaves their footwear outside (as pictured above).

It bears repeating: Before you venture into a foreign culture, and in particular its holy places, consult a guide book for the rules of etiquette. At the very least, be highly observant of the behavior of everyone else around you before making a move of your own. Don't take pictures of anything unless you have asked permission.