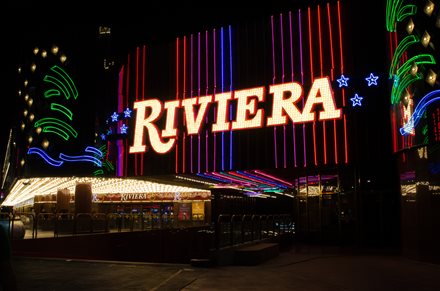 The Riviera in Las Vegas (photo by Ashwin Kumar/Flickr)

Welcome to the middle of the week! And welcome to our brand-new daily roundup of travel-related news and information gathered from across the internet. Check this space daily for fresh updates. Here's what's going on in the world of travel today.

* ORLANDO THEME PARKS STEPPING UP SECURITY AFTER NIGHTCLUB SHOOTING (New York Times). You're likely to see increased security at some of Florida's top attractions in the coming days, following the shooting early Sunday morning at the city's Pulse nighclub that killed 49 people. Representatives from Walt Disney World's four resorts, Universal Orlando, and SeaWorld Orlando all say the parks have stepped up their efforts to keep guests safe. A Disney spokesperson told the Times that means more metal detectors, canine units, and onsite law-enforcement officials, as well as behind-the-scenes measures.

MORE TSA SCREENERS ON THE WAY (USA Today). After a spring of nightmare security lines resulting in three-hour waits and missed flights at airports, Congress approved a $28 million shift in the Transportation Security Administration's budget to allow moving nearly 3,000 part-time TSA screeners to full-time duties and speed the hiring of 600 more. That should open 53 additional security lines nationwide. The agency says a similar funding boost in May has already brought wait times down to 30 minutes or less for 99% of passengers—but the busy summer travel season is just getting started.

LAGUARDIA GETTING A MAKEOVER (Washington Post). Officials at New York City's cramped and over-the-hill LaGuardia Airport, once likened to what you'd find in a "Third World country" by Vice-President Joe Biden, broke ground yesterday on a $4-billion redevelopment project scheduled to last about five years. At the end of that period, you can expect a new 35-gate central terminal and improved access to ferries and rail service. Biden was at the groundbreaking ceremony to give the plan his seal of approval.

* THE RIV REDUCED TO RUBBLE (Los Angeles Times). Part of the Riviera Hotel & Casino, one of the oldest hotels in Las Vegas and one of the first built along what's now called the Strip, was imploded in spectacular Vegas fashion in the wee hours yesterday morning. Flanked by showgirls and accompanied by a fireworks display and a cheering crowd, officials pushed a plunger to set in motion explosions that brought down the hotel's Monaco Tower in about 12 seconds. The Riviera has been closed since 2015, after 60 years of entertaining tourists, celebrities, and (allegedly) mob bosses.

* IKEA MUSEUM ON THE WAY—NO ASSEMBLY REQUIRED (Paste). A bright and colorful Ikea museum is set to open later this month in the furniture company's hometown of Älmhult, Sweden. Funded by the brand, the facility aims to trace the history of its design aesthetic with period-perfect rooms, old catalogs, and preserved furnishings that have evidently not fallen apart after six months of use. No word on whether there will be exhibits celebrating the umlaut or the elbow wrench.