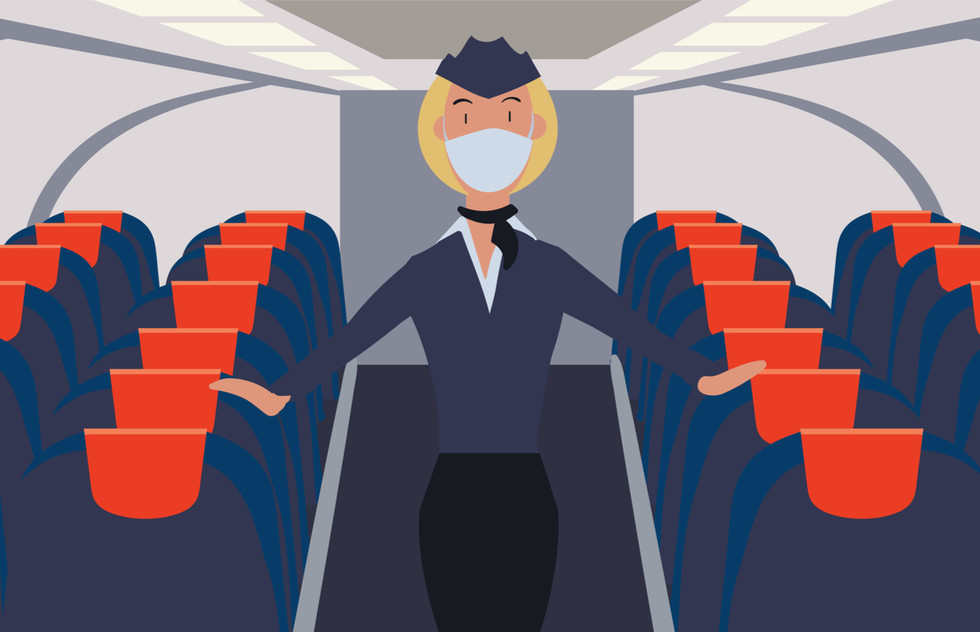 TSA Is Training Fight Attendants to Take Down Unruly Passengers

Coffee, tea, or a clock-cleaning?

That'll be the new menu aboard the major U.S. airlines soon. Following a spate of antisocial behavior by passengers, the Transportation Security Administration has resumed a program that trains flight attendants in the uncompromising skills of self-defense.

Federal Air Marshals, who normally fly incognito to protect aircraft and crew members, are leading the courses. The program teaches airline workers how to spot potential troublemakers and, should the need arise, how to attack the most vulnerable spots on their bodies to swiftly (and presumably painfully) neutralize any trouble.

According to the Washington Post, the voluntary training program, which was suspended during the worst of the pandemic, has been reinstated at a moment when it's more needed than ever.

The Federal Aviation Administration has reportedly logged more than 3,100 incidents of passenger rage since the year began. CNN reports there have been at least 69 violent assaults on TSA workers since the start of the pandemic.

The situation has become so dangerous for workers that American Airlines and Southwest Airlines have taken the desperate step of banning on-board alcohol sales for the summer, and United Airlines now restricts booze on shorter flights.

The training instructs airline crew members how to restrain recalcitrant passengers, how to halt attempted cockpit breaches, how to deal with "edged or contact weapons," and how to spot bombs in the cabin (in-flight movies excluded).

You'd think such training would already be mandatory 20 years after the airline-based attacks of September 11, 2001. But it's not—workers can choose not to take the course.

Sara Nelson, the head of the flight attendants union, argues that should change, tweeting, "it’s time to restart and make the voluntary course compulsory as intended originally by Congress."

Miscreants beware: Pick a fight with your hard-working flight attendant, and you may discover the hard way that the most dangerous thing on your plane is not your bag of peanuts.