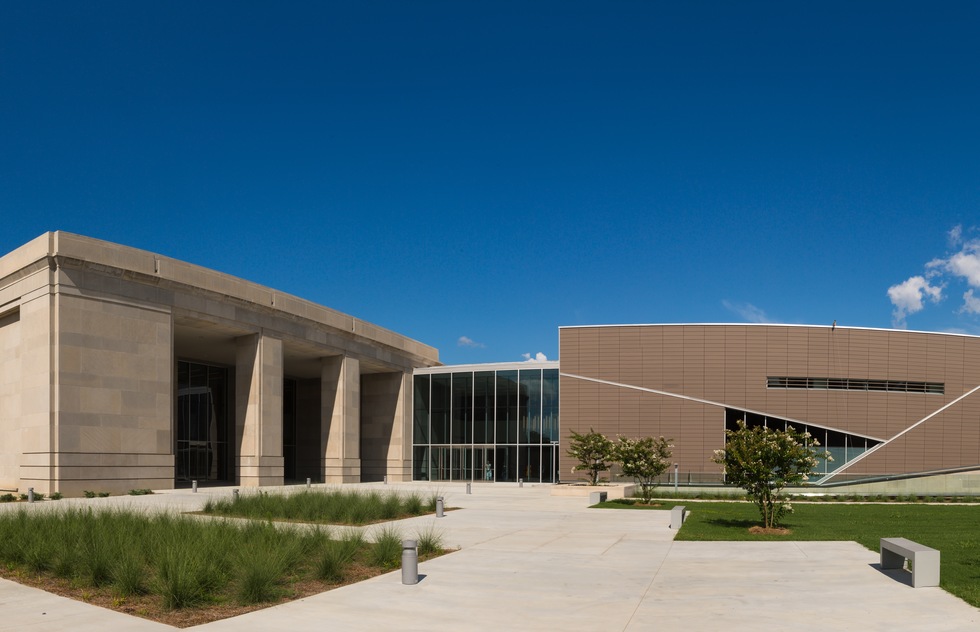 Side-by-side history museums in Mississippi's capital city, Jackson, will open to the public on December 9—one day before the state's bicentennial.

The brand-new institutions share an entrance and a downtown address (222 North St.) in the mid-state city because the stories they tell are inextricably entwined, as you can see from their names: the Museum of Mississippi History and the Mississippi Civil Rights Museum.

The latter is the first state-sponsored museum of its kind in Mississippi, and, according to a preview from The Guardian, the exhibits spread across eight galleries do not sugarcoat the civil rights movement's tragedies and triumphs there.

But the central space suggests a sense of hope and community. Dubbed "This Little Light of Mine," the gallery features floor-to-ceiling images of and quotes from civil rights activists as well as a light sculpture that gets brighter as more visitors interact with it.


Next door at the Museum of Mississippi History, some of the same topics—such as slavery, Jim Crow, segregation, and voting rights—are touched upon. But its broader focus also allows for the inclusion of artifacts from native Choctaw and Chickasaw people, a lantern used during the Great Mississippi Flood of 1927, a working automated cotton-picking machine, and much more.

Taken together, both facilities, which cost a combined $90 million to build, aim to recall as many faces and facets from Mississippi's past as possible—even when it hurts.

Dual admission is $12, or you can visit each museum separately for $8 each.