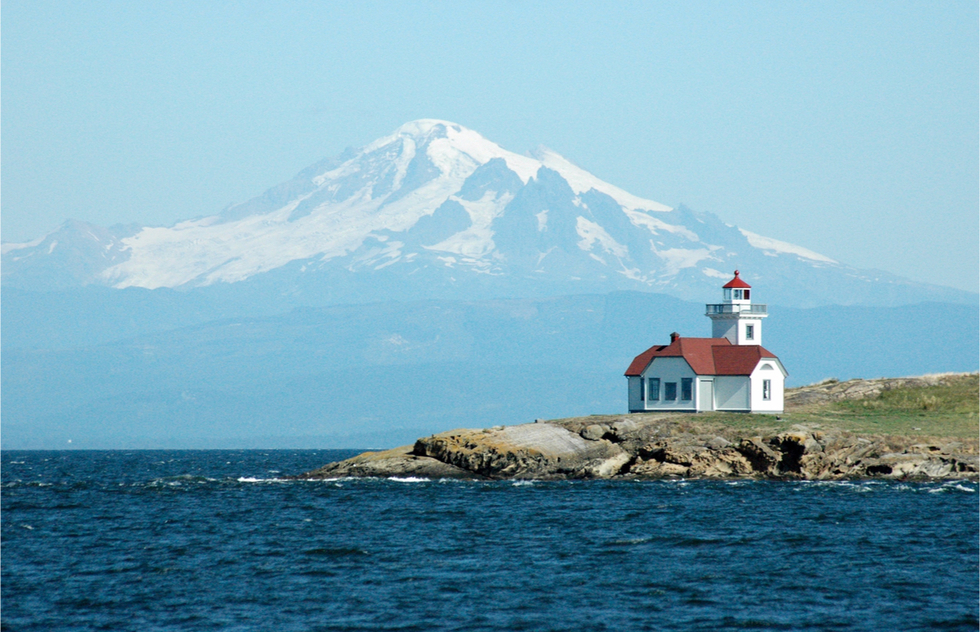 Washingtonians have been known to argue about just how many San Juan Islands there are. Officially, there are 172 named isles in the archipelago located off the coast of Washington state. There are roughly 400 in all, but the smaller ones are only visible at low tide. Do these count as islands, too? Ah, that's where the disagreement begins.

But no one is arguing about how idyllic this group is. The weather is temperate year-round—the San Juans get about half as much rain as nearby Seattle. The pace of life is so slow there's not even a single traffic light in the archipelago, but there are plenty of sea lions barking on rocks, pods of whales cavorting just offshore, lonely lighthouses (like the one on Patos Island, pictured), forests, beaches, and well-preserved historic villages.

Sounds nice, right? Well, it's about to get better. Both Moran State Park on Orcas Island and San Juan Island National Historic Park are slated to get new visitor centers this summer, which will make the experience of visiting even richer.

Near the Visitor Center is one of the park's most beloved landmarks: a medieval-inspired, Game of Thrones-esque stone observation tower built by the Civilian Conservation Corps in 1936.

But the new center will do that tower one better in terms of views. The new facility will be set at the summit of Mount Constitution, which, as the highest point in the San Juans, has nearly 360-degree views of the surrounding islands, the Cascade Mountains, and sometimes even the Olympic range.

Beyond the eye-candy views, the center will tell the story of the park from all angles: geological, ecological, and historic.

The American Camp Visitor Center on San Juan Island will be a larger (and more engaging) replacement for the 40-year-old center that came before. The new addition aims for a soft opening on Memorial Day weekend. Not all of the planned exhibits will be in place at that time—everything is expected to be complete by April 2022—but enough should be there to engage visitors.

Curators worked with Native American experts to give a deeper and more comprehensive representation of the island's indigenous history, which branches off, at points, to include African American stories and a look at the Pacific Islanders who are thought to have visited here.

The center will also tell the downright weird tale of how the killing of a pig in 1859 nearly plunged Britain and the U.S. into war. (No joke! The U.K. sent three warships.)

Other features include a spotting scope trained on the nests of local bald eagles (the San Juan Islands have the largest population of those birds in the contiguous United States) and exhibits on the ecology of the terrain, which includes one of the last remaining prairies in the Pacific Northwest.