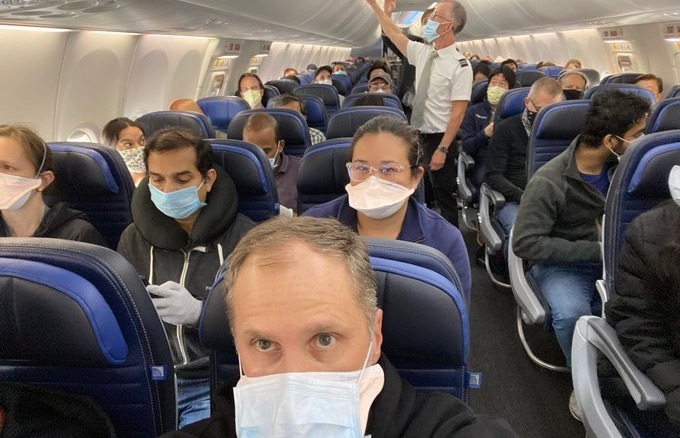 United Airlines took that step on April 22, saying that the restriction would remain in effect until the end of May.

But here it is May 11, and having gotten that good publicity, United is already going back on its promise.

This weekend, the superb travel writer (and Frommer's alum) Suzanne Rowan Kelleher, broke the news on Forbes that recent flights had been packed to the gills. As captured in a photo taken by a passenger, middle seats were filled (pictured above).

Rowan Kelleher quoted the tweets of a doctor, who was returning home on the flight from New York, about how jammed the plane was, and how fellow passengers, most of them medical professionals, were freaked out to be forced to sit side-by-side despite United's promise.

Rowan Kelleher also discovered that United had quietly changed the language on its new standards page to allow the airline to do whatever it damn well pleases.

The website now reads, "Though we cannot guarantee that all customers will be seated next to an unoccupied seat, based on historically low travel demand and the implementation of our various social distancing measures that is the likely outcome. We expect to keep these measures in place through May 31 and will continue to evaluate how best to proceed given the fluidity of the current situation."

So we can probably be safe on United? Is that the policy now?

Update, May 11: At 6pm ET on May 11, Kris Van Cleave, Transportation Correspondent of CBS News tweeted: "[United Airlines] is changing its social distancing procedures. Starting next week will contact flyers if their flight is 70% full allowing them to change/cancel. Will also allow that change at the gate the day of. Airline says 85% of daily flights are less than half full." (According to the newly updated United Airlines safety webpage, these protocols will be in place until June 30).

USA Today followed up on that announcement: "United's statement did not specify what it considers to be flights 'closer to full capacity' but spokesman Charles Hobart said the general guideline will be flights more than 70% full," reported USA Today. The newspaper added United did not promise to warn passengers ahead of time, only that it would do "its best."

If you're keeping score, that's one promise broken, another promise that won't be made, and the customer who's left scrambling.