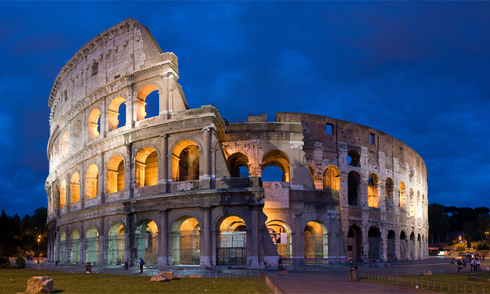 The upper tiers of the Colosseum in Rome are reopening to the public for the first time in four decades.

The renowned architectural marvel—which dates to the first century A.D. and is one of the ancient city's most visited sites—is coming off a 5-year, multimillion-dollar restoration paid for by Diego Della Valle, chairman of luxury leather brand Tod's.

With public money for major preservation projects hard to come by in Italy these days, the Colosseum isn't the only Roman landmark that has been gussied up with private funds recently. Last year, the city's Spanish Steps reopened after a major cleaning courtesy of jewelry maker Bulgari.

With donations from Della Valle, the Colosseum has had its marble cleaned and its shaky sections stabilized. The latter includes the amphitheatre's fourth and fifth tiers, which were the cheap seats during the Roman Empire's heyday—equivalent to the bleachers at a baseball park today, but with gladiators and lions on display instead of umps and shortstops.

The monument's top levels are scheduled to reopen on November 1. To go up there, you'll have to take a guided tour costing €9 (US$11), in addition to the €12 (US$14) fee to enter the Colosseum in the first place.

The elevated view of the city from there is bellissimo.