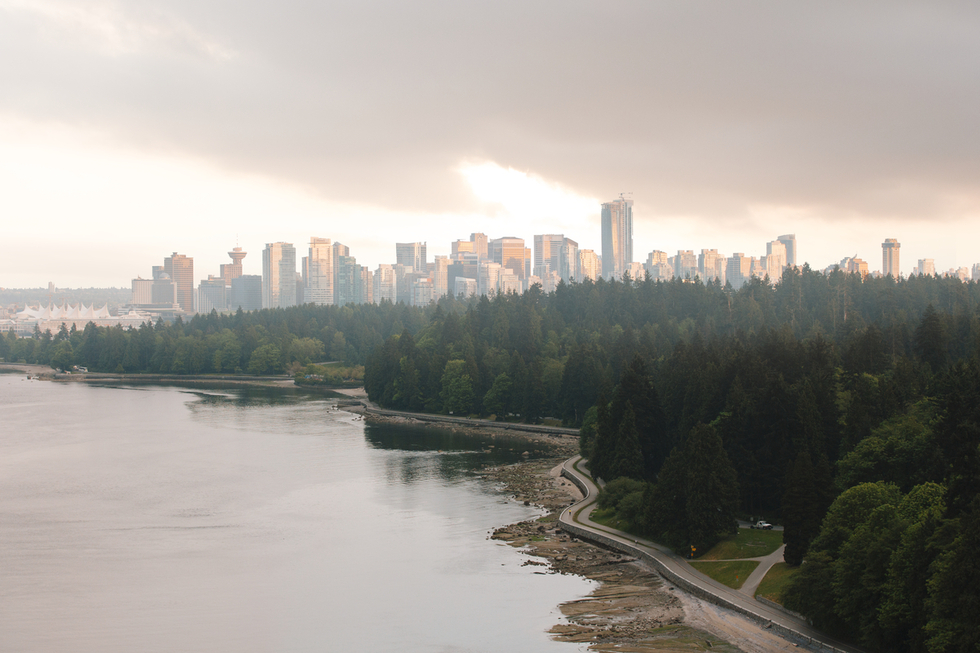 Well, fellow humans, we had a good run. From murder hornets to wild weather, nature is taking back the wheel.

Vancouver's giant Stanley Park, one of the world's most splendid urban green spaces, has announced a new 7pm nightly closing time to keep people away from the park's true master: the coyote.

The extreme measure was necessitated by a huge spike in attacks by the wild animals. Since last December, there have been more than 40 incidents.

Don't blame the roving canines, though. They're only looking for food.

Blame foolish humans who have been luring coyotes with treats for social media posts.

The problem? "Essentially some folks who were bringing in raw chicken, bird feed, cat food and trying to get pictures and trying to get up close with either raccoons or coyotes,” explained the manager of the Vancouver Park Board to a local radio station.

After there were three bites in three days in busy visitor areas, authorities decided this week that immediate and drastic action was needed.

Now, entrances to the park—which is a fifth larger than New York City's Central Park and is considered one of the greatest natural attractions of any world city—will be blocked each evening at 7pm and will remain closed during the early morning hours, when coyotes are active. 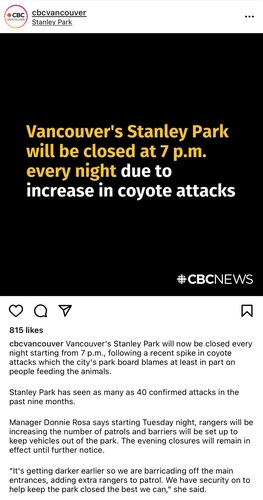 Normally, the animals hide deep in the park's natural rainforest, but as they lose their instinctive fear of humans and learn to associate people with meals, aggressive behavior has been logged on the park's busy beaches and along its seawall promenade, which is popular with joggers.

Six coyotes have already had to be destroyed this year after biting innocent passersby, including children.

Now authorities have to decide whether to relocate the creatures from their natural habitat entirely.

"In my mind, removing the animals is necessary," said Vancouver Park Board Commissioner John Coupar.

After more coyote attacks in Stanley Park, two Vancouver Park Board Commissioners are calling for the animals to be removed. https://t.co/fe4THKAxUH pic.twitter.com/Mei0xBxI1u

Stanley Park was already operating on restricted hours because of high fire risk.