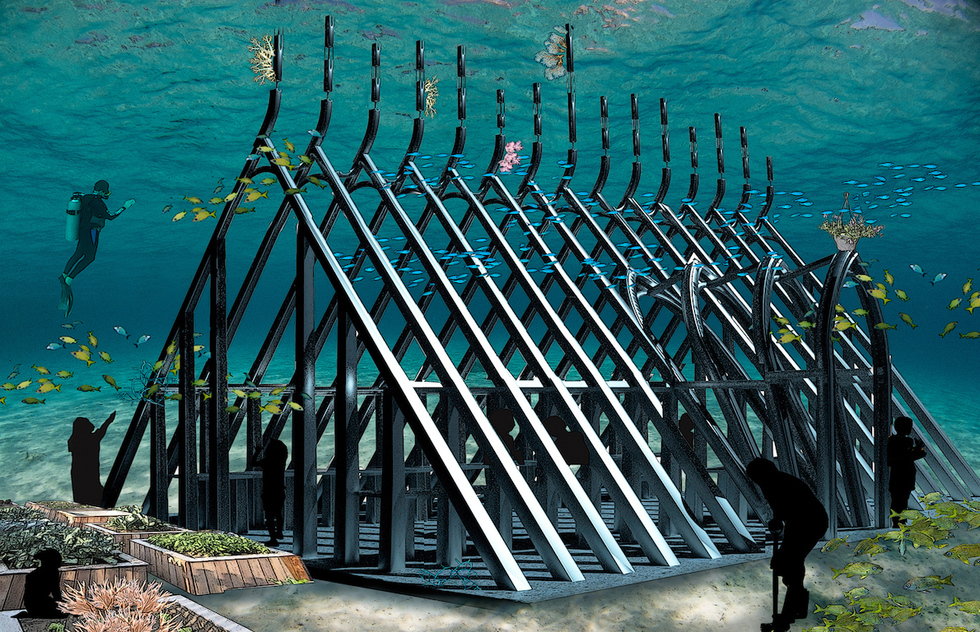 Visiting This Australian Museum Will Require Flippers and an Oxygen Tank

Deep-sea divers with an interest in sculpture should mark their calendars for December, when the first installation of visionary artist Jason deCaires Taylor’s Museum of Underwater Art is set to be unveiled at the Great Barrier Reef in Australia. 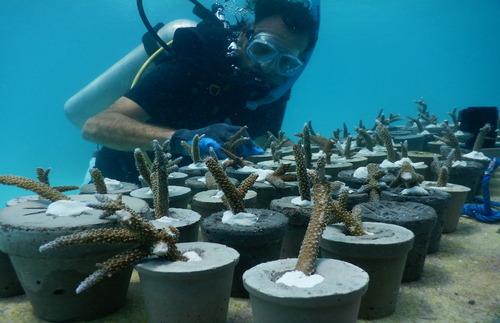 The MOUA, which will eventually comprise works at several spots around Queensland, will debut with a coastal-based, solar-powered sculpture of an indigenous young girl. Streaming live data from the Great Barrier Reef, the sculpture will change color in response to fluctuations in water temperature, providing a real-time representation of rising sea temperatures. 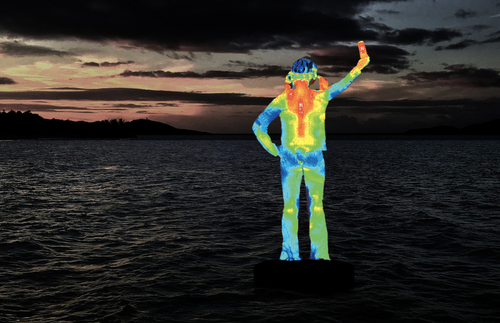 According to Taylor’s website, marine ecosystems are extremely sensitive to even the slightest increases in water temperature. Rapidly warming seas caused by climate change can result in widespread coral bleaching. Scientists have predicted that 90% of the world's natural reefs will be destroyed by 2050. 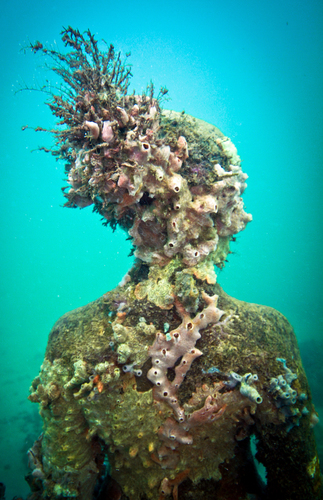 The museum's second installation will be a coral greenhouse (see the rendering at the top of this post) located at John Brewer Reef in the heart of the Great Barrier Reef. Stretching 12 meters from the ocean floor, this underwater educational center, science laboratory, and marine life habitat will house the first-ever sculptures placed within the Great Barrier Reef. The skeletal design of the greenhouse will dissipate ocean currents at the site, and its “sea-scaping”—coral nurseries, organic stems, and underwater trees—will aid coral rehabilitation activities.

With MOUA, which is funded by the Australian and Queensland governments with corporate partners, Taylor's ultimate aim is to effect positive social change that will help protect the environment.

Here’s hoping that this worthy endeavor will spark less controversy than Taylor's last one. Coralarium, which debuted in the Maldives in 2018 as the world’s first semi-submerged sculpture park, was partially destroyed by order of the government, after religious leaders claimed the site's life-size human figures violated Islam’s ban on idols.

If Taylor can pull off the Australian exhibit, that country could benefit from an uptick in tourism. MOUA's website claims that Taylor's underwater museum in Cancún, Mexico, has reached a global audience of over 1 billion people since opening in 2010.