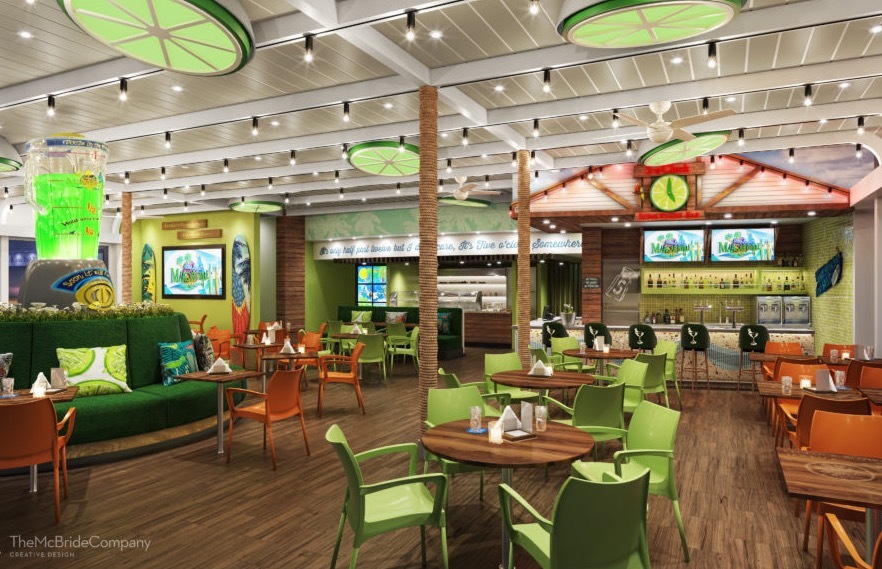 Wasted, Away on a Floating Margaritaville: Buffett's Brand Announces a Cruise Ship

It's got a catchy melody, but if you listen closely to the lyric of "Margaritaville," it's clear that it's actually a song of woe—the tale of a man stuck in a tourist trap, getting soused nightly to forget he's wasting his life. The poor shmoe even cuts his foot open on a pop-top can.

This boppy dirge, ironically, has inspired the creation of dozens of tourist dens of its own: restaurants, airport lounges, hotels, RV parks, casinos, and even a small chain of retirement communities.

Having conquered the Parrothead market on land, Jimmy Buffett and his business partners announced Wednesday they are staking a claim on the ocean.

Beginning May 14, Bahamas Paradise Cruise Line, a classic but somewhat debaucherous purveyor of two-night cruises out of Florida, will partner with the brand on a product called Margaritaville at Sea, which will rename a 30-year-old ship as Margaritaville Paradise.

"To me, the only thing better than being on a beach by the ocean, is to be on the ocean. Now you can follow in our wake," said singer-songwriter and entrepreneur Jimmy Buffett in a press release. 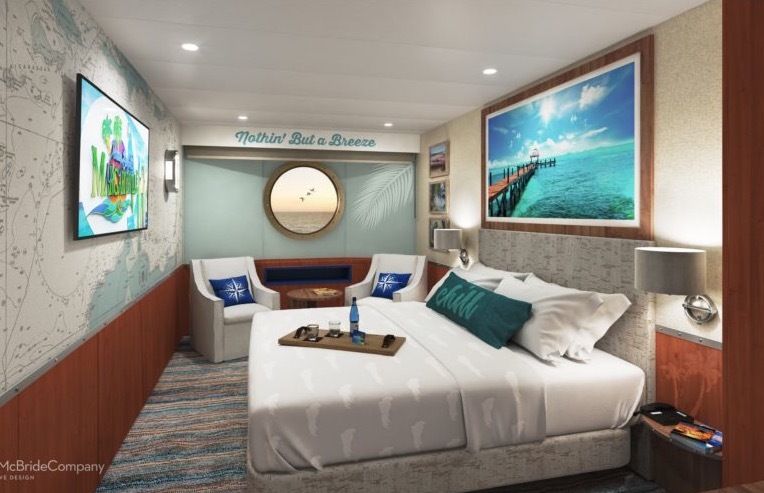 The operators are promising to give the ship, the 31-year-old former Grand Classica, a "multi-million investment" [sic] and refurb to bring the line's "signature casual-luxe" style to life, with "subtle nautical details and colors influenced by the surrounding sea, sand, and sky."

On board: 658 cabins, five restaurants and buffets, three bars, several pools, a fitness center, spa, the "Par-A-Dice Casino," and a theater. The renderings the line has shared (see above) echo the often ticky-tacky decor of the Margaritaville hotels.

Will this be the first of many outings for the partnership? The aggressive growth of Margaritaville's landside resorts and real estate ventures has been kudzu-like (there are now more than 30 that are either open or in planning), but this partnership excursion into the water—which at just two nights, isn't enough for a full vacation—is more tentative.