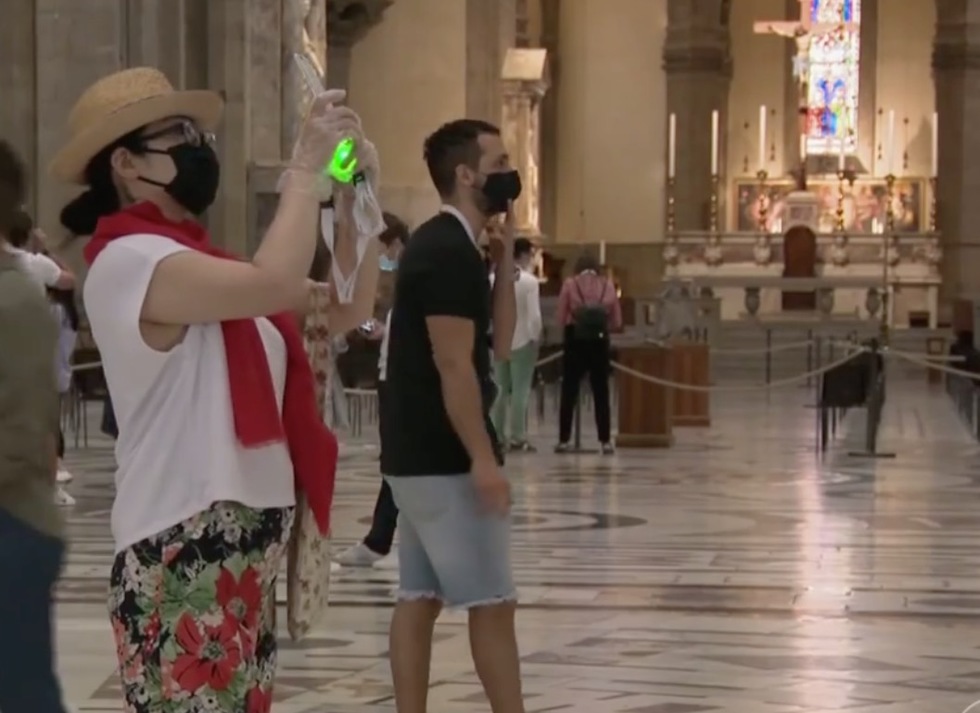 If you were wondering how the treasures of Europe are doing during the reopening of tourism, CBS sent a reporter to check out the scene in Italy as visitors are gradually welcomed back.

We should all be grateful that the world's museums and attractions are doing everything they can to figure this out, but if you watch the video carefully, you quickly realize that not all of the problems have been ironed out yet.

For example, at the Cathedral in Florence, each visitor, after passing a temperature check, is given a sensor that will buzz and turn red if it comes too close to another guest's sensor. But in the video, the devices seem to be on constant alert. Even as the church's museum director grants an interview from a safe distance with reporter Chris Livesay, the director's sensor appears to be glowing red, as are the sensors of couples touring the cathedral together.

A few blocks away at the Uffizi Gallery, museum officials now direct visitors, party by party, to optimal spots for viewing the masterpieces. Staffers try to sell the changes as improvements that make the experience better than ever.

"They can really concentrate on the work of art," explains the museum director. And at these attendance levels, that's probably true.

But Italy is only in the early stages of its comeback. On its first Sunday in operataion again, the Uffizi welcomed 2,000 people, whereas 8,000 or more are typically expected this time of year. As Livesay points out, flights to Italy remain virtually grounded, so most of the current visitors hail from somewhere nearby. There's no indication of how the new rules can possibly be sustained as attendance increases—or whether the Uffizi will be forced to cap daily attendance, changing how we all go about planning our vacations.

In any case, we're glad the country is trying so hard to solve the puzzle of staying open while staying safe. The groundwork that's being laid may be ragged, but it's still making the path forward clearer.