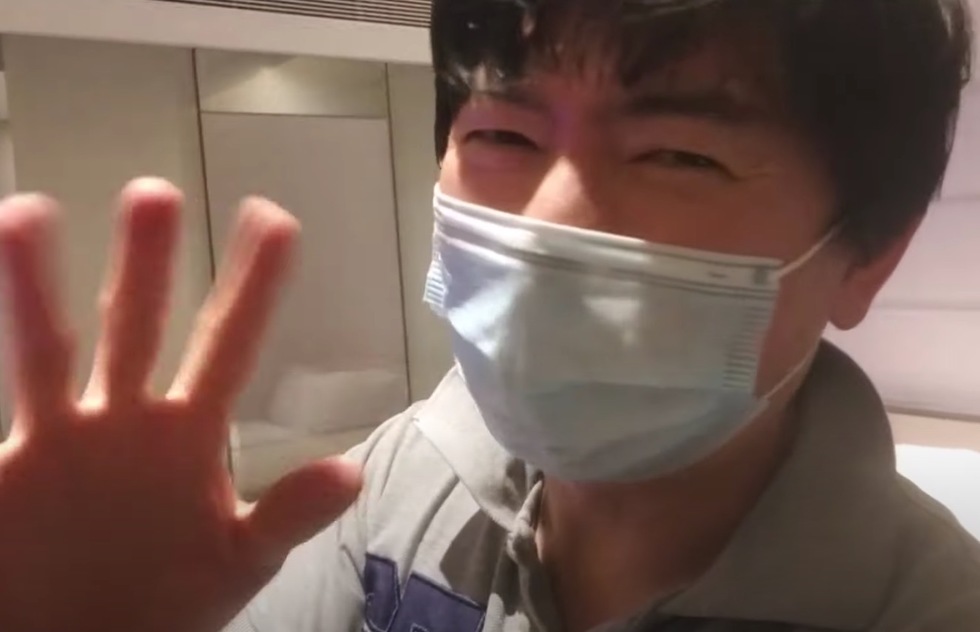 Ever since the pandemic started, governments around the world have mandated two-week quarantines for arriving international travelers in an effort to stop the spread of the coronavirus.

But what's it actually like for those who journey long distances to spend 14 days in total isolation while cooped up in government-approved accommodations?

We can now get an idea, thanks to vlogger Jason Ng, who is livestreaming his entire mandatory quarantine at the Carlton Hotel in Singapore.

As explained in a video posted to Ng's YouTube channel—and as explained in the name of the channel, "Singaporean In Korea / America / Japan"—the 44-year-old is a citizen of Singapore who recently returned to the Southeast Asian city-state for his first extended stay after living abroad for 17 years.

Singapore remains off-limits to travelers from many parts of the world (including the United States), but Ng, as a Singaporean, was allowed to come back, as long as he filled out the necessary paperwork and completed, upon arrival, a compulsory staycation at the Carlton—"my 5-star jail," as Ng puts it.

He has decided to capture all two weeks of the isolation period and broadcast the experience in real time, 24 hours a day, on YouTube.

Dull passages are inevitable in projects like these, but fortunately Ng is pleasant company, remaining cheerful and expressing contentment even while admitting in a recent Q&A session that the room has begun to reek from all that exercising in a confined space with no fresh air.

He still has about a week to go.

If you have less time than that to spare, you can watch Ng's 9-minute rundown of his arrival and check-in process. You'll see a near-empty Changi Airport, hotel staff spraying luggage with disinfectant, and other scenes from our strange new normal.