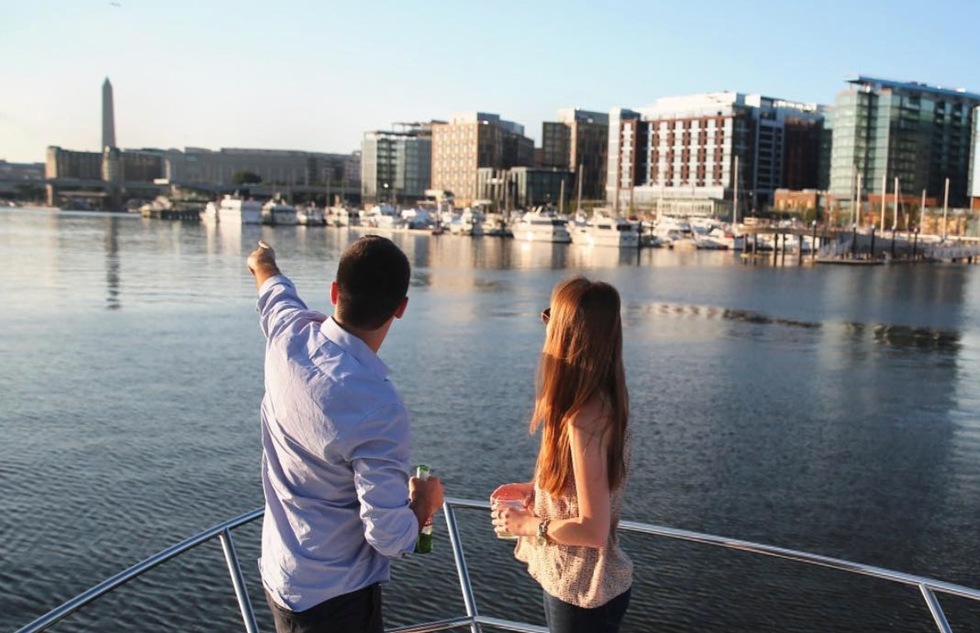 A soon-to-open waterfront development in Washington, D.C. is set to offer visitors a bunch of new dining, entertainment, and outdoor recreation options just south of the National Mall.

Scheduled to begin welcoming guests on October 12, The Wharf is an ambitious project combining more than 20 food and drink venues, three hotels, shops, a 6,000-seat concert hall, and a water taxi system along a mile of the Potomac River in D.C.'s Southwest Waterfront neighborhood. This part of the city is also known for the Maine Avenue Fish Market, which has been in operation since the 19th century.

At The Wharf, you can stroll on cobblestone walkways to shops and bars or dine at restaurants running the gamut from Mexican street food to Spanish seafood (the latter created by James Beard Award winner Fabio Trabocchi).

There will also be opportunities to get on the water via kayak and paddleboard rentals or by taking the new water taxi. It will make stops in the major tourist centers: Georgetown, Nationals Park, Alexandria, Virginia, and National Harbor in Maryland.