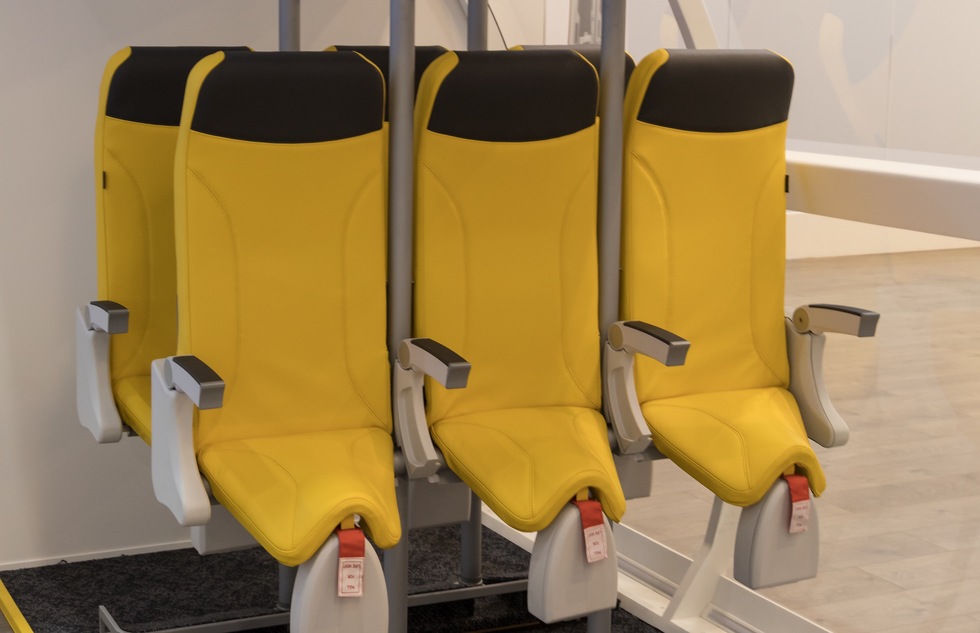 What Fresh Hell Is This? Standing Airplane Seats

Just when you thought the aviation industry couldn't possibly find a way to cram more people onto an airplane—short of stashing passengers in the cargo hold or overhead compartment (like there's any room up there anyway)—some evil genius has devised the abomination pictured above.

What you're looking at is the Skyrider 2.0, which was introduced by Italian company Aviointeriors at the Aircraft Interiors Expo in Hamburg, Germany last week.

The latest design is an update on an earlier version presented by Aviointeriors in 2010. Passengers are supposed to strap themselves into these not-quite-seats and remain not-quite-sitting (i.e., standing) for the duration of the flight. To help keep you situated and prevent your thighs from giving out, the bottom part of the seat curves up in the middle like a saddle—because, truly, what's more comfortable than riding a saddle? (Let's just say there's a reason why cowboys walk like they're in a Preparation H commercial.)

Because this infernal configuration would require even less legroom than economy-class sitters are currently allotted, airlines could fit in 20% more passengers than usual, according to Condé Nast Traveler.

So far, no plans have been announced to install Skyriders on the planes of any major airline. And at least one attempt to install "standing berths" in economy cabins—Ryanair's proposal a few years ago to fit planes with 10 rows that would work, as one executive put it, the "same as on the London Underground, handrails and straps"—was foiled by regulators.

May the Skyrider also languish forever in the dustbin of history.