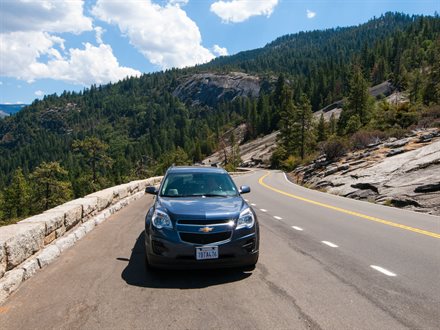 With the cost of airfare going up, up and away, many vacationers will be traveling closer to the ground this summer. If you’re one of them, here are three websites that could make your time on the road far more pleasant and cost effective.

Wanderu.com. A website devoted to both planes and trains, it made a strategic partnership in late May with Greyhound, making it the only website—beside Greyhound’s own—to list the prices of that massive company. Interestingly, Greyhound’s fares are often quite competitive, often beating the better-known “discount” bus lines. Not that Wanderu covers ALL the bus lines: it vets all of the companies it works with and only uses those with good safety records.

Another plus to Wanderu? It plays matchmaker between different bus routes, meaning that folks going to off-the-beaten path destinations can easily create an itinerary, using two or more bus lines.

Currently Wanderu’s services are mostly in the US (though it does cover busses that go to Toronto, Montreal and other major cities in Canada) but it expects to have a complete network of Canadian bus lines up and running by the end of June.

Seat 61.com. Better known as “The Man in Seat 61”—and no, that isn’t the name of a Hitchcock Film—this website offers both advice, and search capabilities, for ferries and trains across the globe. On the advice side there’s extensive information on issues such as sleeping on trains (did you know there’s a difference between a “sleeper”, a “couchette” and a “train hotel”?), when to buy a rail pass, and even what the trains in such out-of-the-way places as Albania and Gabon are like. You’ll also find full maps of the train system of Canada, a search engine that allows you to plot a train or ferry itinerary most anywhere, and t-shirts with train slogans for sale, for those who just can’t get enough choo choo.

Roadtrippers. The name says it all: this site helps folks plan road trips to all points in North America (coming soon: Europe and Australia). Drivers simply key in their starting and end points and the website spits back suggested itineraries, complete with places to stop (the “World’s Tallest Filing Cabinet” perhaps?), restaurant suggestions and more.

It isn’t a sure-fire site. For Burlington, VT where that cabinet is listed as a top attraction, it misses the superb Shelburne Museum, arguably the best repository of folk art in the United States (ahem, a certain guidebook doesn’t skip that one). Still it’s a good place to start, and the website syncs with an app for ease of use once you’re in the car.