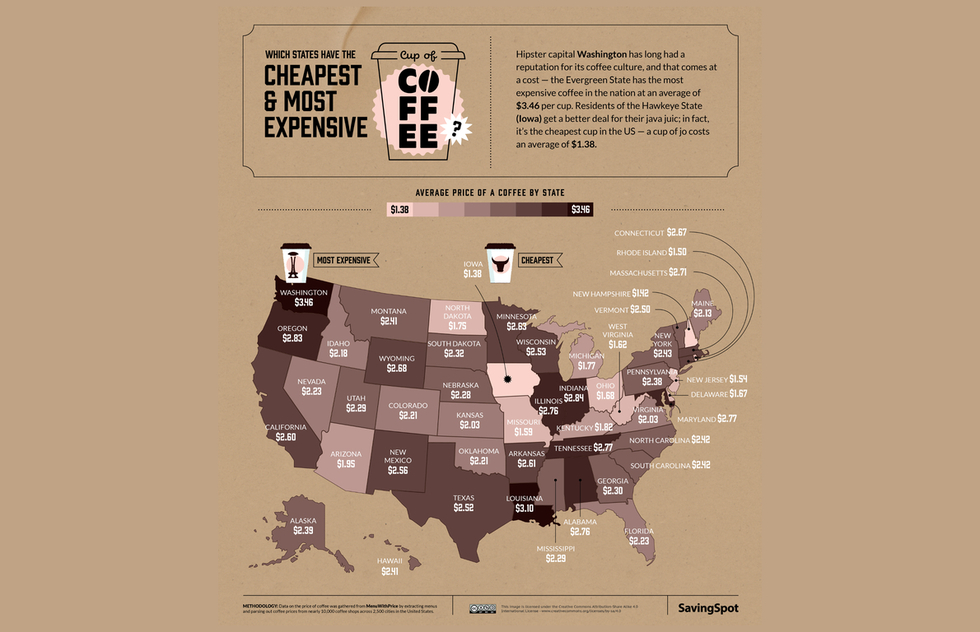 Where Coffee Is Cheapest and Most Expensive in the U.S.

Often it's the accumulation of little costs that can really cut into a travel budget. Looking at the prices of everyday items in a destination can give you a good idea of how expensive a vacation there will be.

To help in that regard, a recent analysis by personal finance site SavingSpot reveals the cost of a cup of coffee around the United States. Number crunchers considered data collected at MenuWithPrice.com for 10,000 coffee shops in 2,500 cities across the nation.

Should it come as a surprise that the state that's most vocal about its love for java also has the highest prices for the stuff? I'm talking about Washington State, which has 5 of the 10 most expensive coffee cities, with Seattle the priciest of all at $3.92 per cup. Next came Olympia ($3.76), Tacoma and Kennewick ($3.49), and Bremerton ($3.32).

The first city outside of Washington to make an appearance is in New York, but it's not the city of the same name—it's state capital Albany in sixth place with average coffee prices of $3.19 per cup. 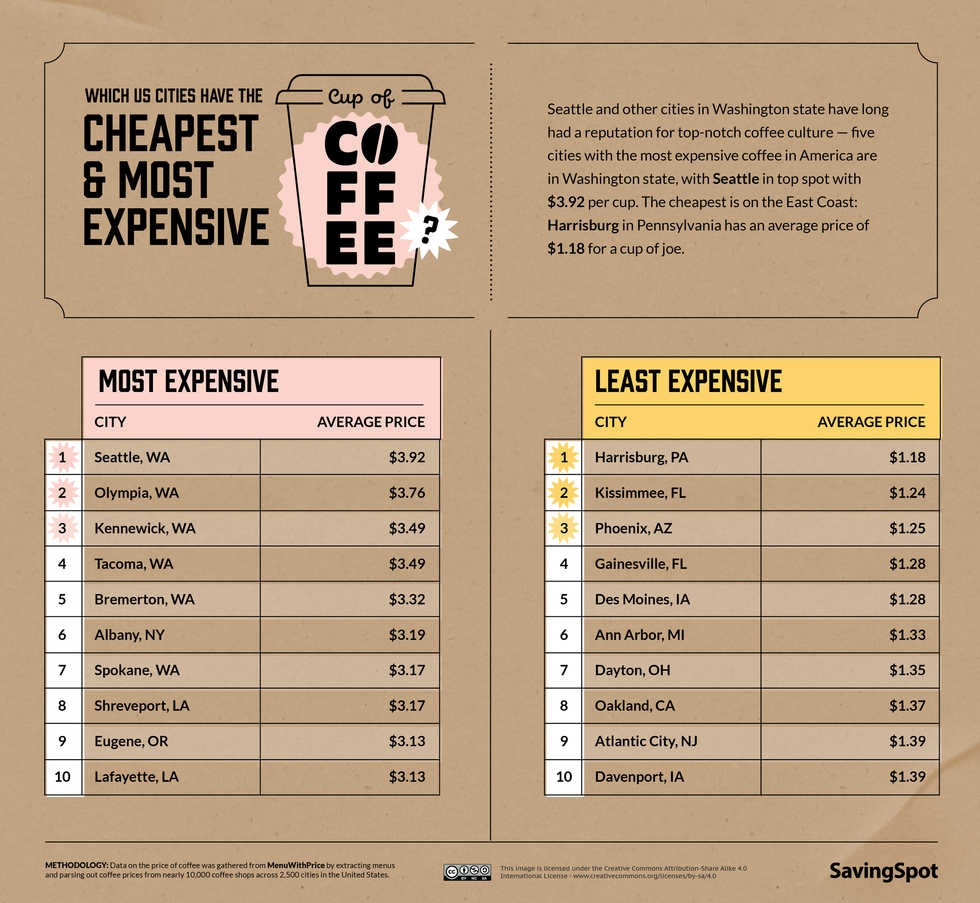 Analysts also calculated how much a cup of coffee cuts into each state's average hourly wage, based on data from the U.S. Bureau of Labor Statistics.

By that rubric, coffee is most affordable in New Jersey, Iowa, and Rhode Island because a cup represents only 7% of an average resident's hourly pay. In Washington State, the percentage is double that, at 14%.

To take a closer look at the research, go to the SavingSpot website.