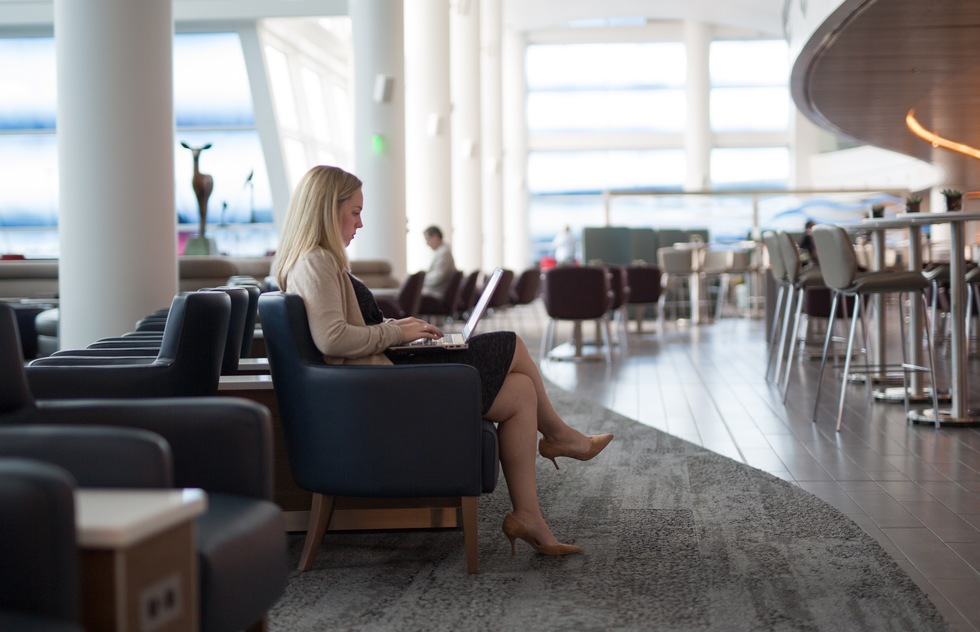 Which North American Airport Has the Fastest Free Wi-Fi?

Finding an airport with free Wi-Fi in the United States and Canada isn't as hard as it once was. It's still a challenge, though, to find free airport Wi-Fi that doesn't move at a pace recalling cold molasses, elderly turtles, or repairs to the New York City subway system.

But the situation is improving in some terminals, according to a new report from Ookla, the company behind the Speedtest site for evaluating Internet swiftness.

Having tested free Wi-Fi speeds at 24 of North America's largest airports from January through April of this year, Ookla found that Seattle-Tacoma International Airport has the fastest Wi-Fi, with a download speed of 103 megabits per second (Mbps).

As Travel Weekly points out, that rate is more than double what Sea-Tac's speed was last year.

In second place: Denver (78.68 Mbps), which had held the top spot for the previous two years. Canada's highest-placing airport, Calgary International, ranked third with a download speed of 67.23 Mbps.

Orlando and Montreal likewise had dramatic improvements, though the latter still placed dead last overall with a download speed of just 6.41 Mbps.

While noting some encouraging signs, the Ookla report says that there are "far too many airports on this list with a mean download of less than 10 Mbps"—and in some cases, Wi-Fi speed actually declined year over year, as in Detroit (by 58.9%), Miami (27.1%) and Dallas-Fort Worth (25.6%).