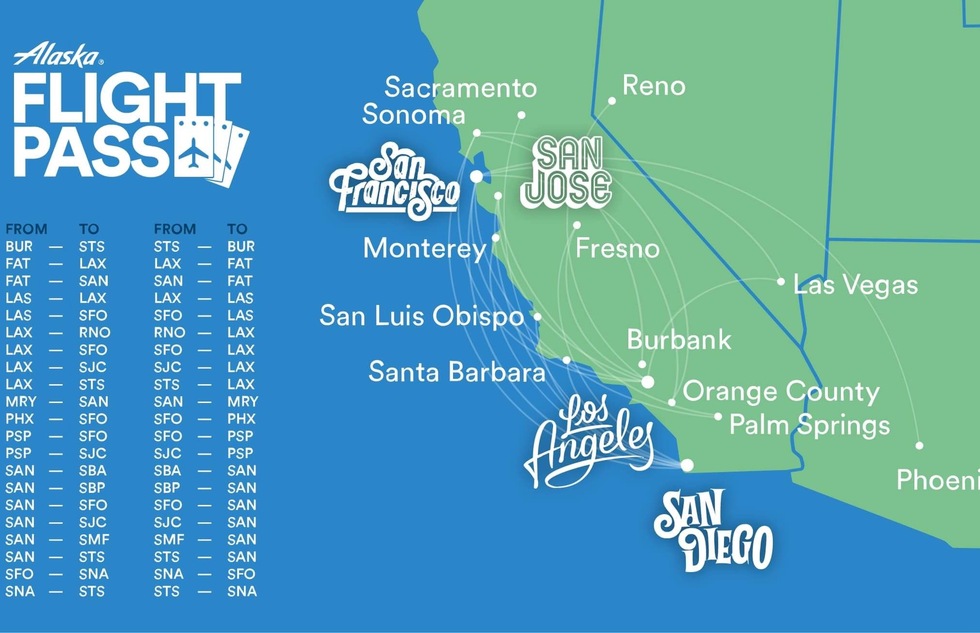 Why Alaska Airlines' New Subscription Service May Not Save You Money

Like much of the traveling world, I'm a big fan of Alaska Airlines. The mid-sized carrier consistently ranks in the top five or in the number-one spot for customer satisfaction and on-time arrivals and departures. It's doing a lot right.

So I was excited when the airline announced that it will start a new subscription service for frequent travelers starting at just $49 per month.

Problem is, the math on what Alaska Airlines calls the Flight Pass program doesn't always add up.

The formulation for the new service is a bit complicated. There are several pricing tiers, but all of them allow members to jet between airports in California, Phoenix, Reno, and Las Vegas.

For every iteration of the pass, customers must make flight reservations at least 14 days in advance (and no more than 90 days in advance), and they must pay airport charges and other fees in addition to their monthly subscription price. Alaska Airlines promises that those additional fees won't usually come to more than $15 per leg, but it warns that some of the priciest flights may cost extra.

A 12-month commitment is required to sign up, and pass holders will be able to change flights without paying additional fees.

The lowest tier pass costs $49 a month, but it doesn't allow for monthly flights. Instead, users are charged the $49 monthly fee for the right to take a round-trip flight every other month (or six round-trip flights over the course of a year).

Next up is the $99/month pass, which allows for one round trip per month.

The highest tier costs $189/month and it allows for two round trips per month for a total of 24 flights a year.

So let's crunch some numbers.

Let's say you live in Los Angeles but your significant other is in San Francisco. If you buy the $49 pass, you'll be paying $98 to visit them once every other month. Sounds good, but it's pretty darn easy to find flights on that route without this plan for $78 from Alaska Airlines or United, meaning you'd be overpaying if you enrolled in this program.

You can also get better prices between Phoenix and San Francisco ($58 is the price I found from Frontier for that round-trip flight, with United at $90).

And the pass only covers nonstop flights, so if you wanted to use it for, say, flights between San Diego and Phoenix, or Reno and San Luis Obispo, you'd be out of luck, since Alaska doesn't connect those nonstop.

All that being said, some city pairs can be good deals. If you want to make a lot of trips between, say, Los Angeles and Reno, San Diego and San Luis Obispo, or Sonoma and Los Angeles, you could theoretically save between $40 and $100 or so with this pass.

But who flies between those pairs that much in a year? Very few people.

Bottom line: Do the math before buying into Alaska's Flight Pass.

Interestingly, this isn't the first airline pass system to exist. JetBlue launched one in 2009—with far more options and unlimited flights. It was pulled, I assume, because it was too good a deal. It will be interesting to see if Alaska Airlines can find enough customers for this or if it will have to pull the plug.