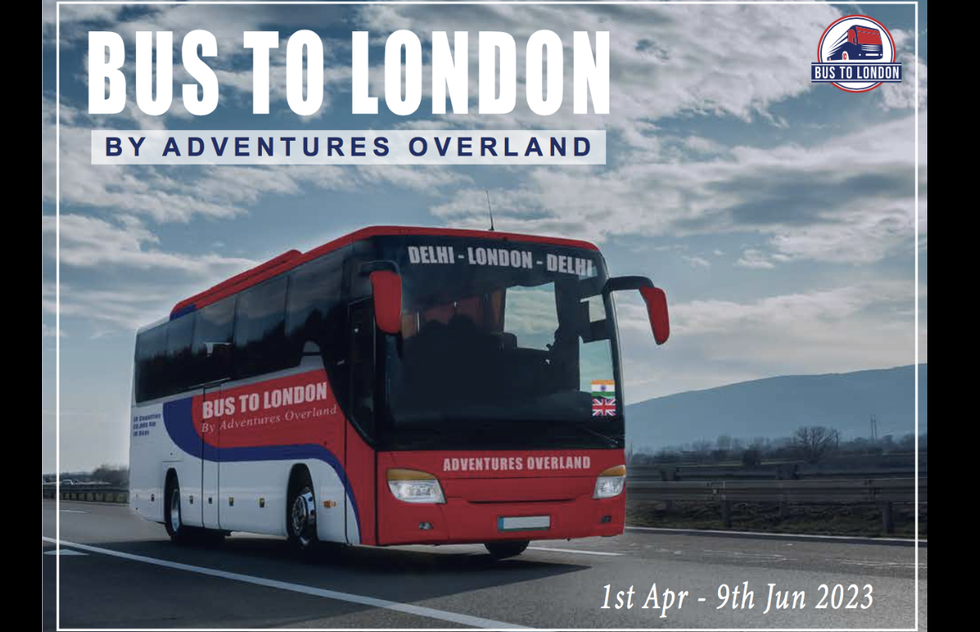 Bus to London by Adventures Overland

A bus trip that covers more than 12,000 miles, crosses into 18 different countries, and lasts 70 days will take place next year if all goes as planned.

India-based tour operator Adventures Overland originally scheduled its truly epic Bus to London journey between Delhi and London for 2021, but, as you may have heard, the pandemic put the temporary kibosh on easy border crossings for tourism.

As Time Out observes, China—a crucial leg of the planned route—hasn't exactly thrown open the gates for visitors yet, but the company is trusting that the Chinese government's Covid restrictions will ease sufficiently by spring 2023.

Another potential problem: The plan also calls for passing through a corner of Russia, which is well on its way to becoming a pariah state due to the war in Ukraine.

Frommer's reached out to Adventures Overland by email to ask about how the company plans to address these potential disruptions.

"We are monitoring the original route closely, and will update should there be a change in plan," a rep told us. "Our Road to London—a road trip ... [that] features a convoy of cars ... driving through Iran and Turkey before entering the European leg ... is our Plan B for the Bus to London trip" if the original route isn't doable. (That itinerary skirts Russia by way of the Baltic States and Finland.)

At this time, however, Adventures Overland is still hoping to follow Plan A, starting from Delhi in April of next year.

The bus won't take a direct shot to Britain because that would require driving through potentially dangerous, tourist-unfriendly terrain in Pakistan and Afghanistan—not to mention the matter of crossing the Black Sea.

Instead, the coach will hang a right from India, motoring through parts of Southeast Asia, China, Central Asia, and Europe before reaching Britain.

The bus will also go in the other direction, from London to Delhi, following the same plan in reverse. 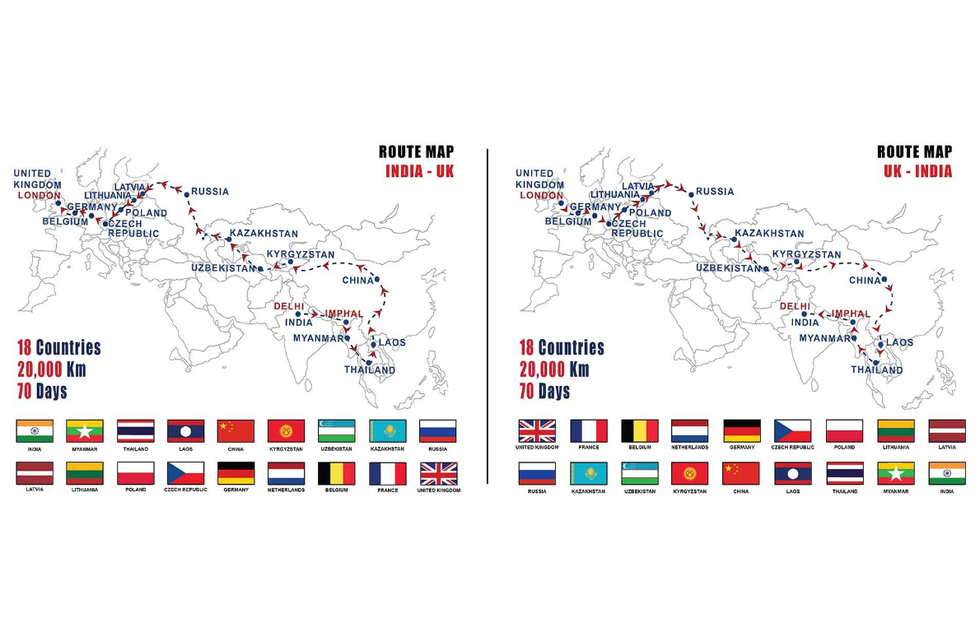 There will be stops along the way to look at Thai pagodas, cruise along the Caspian Sea, and check out historic cities from Tashkent to Brussels.

According to a brochure from Adventures Overland, hotels, meals, guided excursions, and assistance with border crossings are all included.

The company's website presents the trip as a reboot of the "hippie trail" of the 1960s, when young Europeans would travel by bus to South Asia.

But Adventures Overland promises that the 2023 trip will be far more comfortable than the ultra-cheap hippie experience.

The company's luxury coach will feature "business class" seats with "ample legroom," Wi-Fi, and "individual entertainment system[s]" for watching movies and playing music. For the record, you could play "The Long and Winding Road" approximately 29,000 times over the course of this very long and winding road trip.

Adventures Overland is limiting the number of participants on each leg of the trip to just 20 people. Priority will be given to those who opt for the full experience (either Delhi to London or London to Delhi).

For more information, visit the Bus to London website.