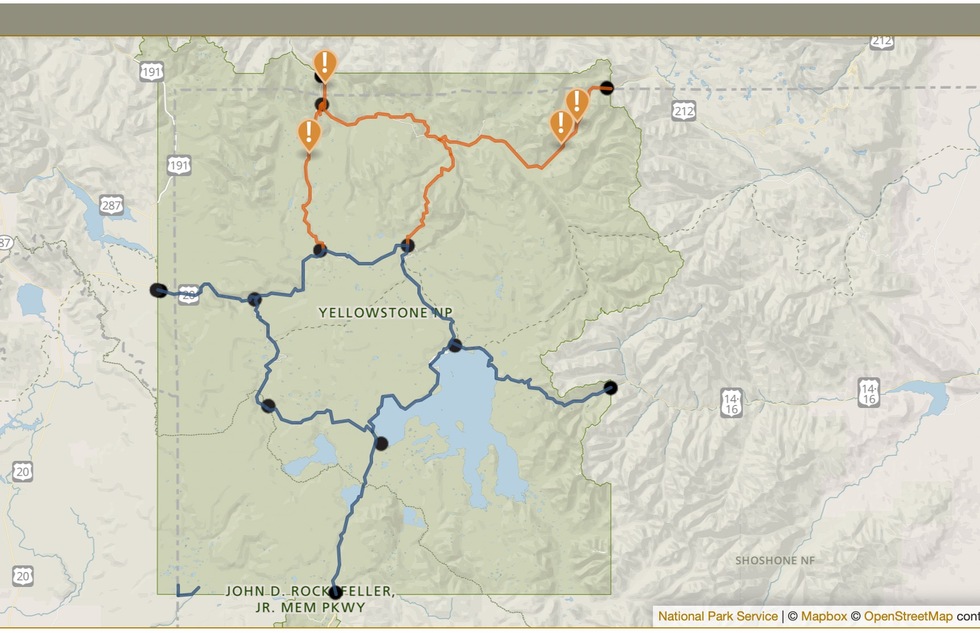 Yellowstone Is Partly Closed: Here's How Getting in Works Now

Update, July 1: Yellowstone National Park will reopen significant sections of the North Loop Road on July 2. Check the park's official site (linked below) for the latest changes in public access.

If Yellowstone National Park was part of your summer travel plans, you might have already heard about the dire floods that have washed out multiple roads and closed the park to visitors.

Rainfall more than four times the usual levels has destroyed access in the north of the park, particularly near the areas where it stretches into Montana and Idaho. As a consequence, the North Entrance Road is impassable, and there are blockages or outages on roadways elsewhere in the park.

While park officials confer with rangers and local business leaders to figure out how to salvage the summer tourism season, the authorities have determined that the southern reaches of the park in Wyoming remain safe enough to open the south loop of the park.

The national park posted a map (above) to indicate which roads will remain closed (in orange) and which will be reopened this week (in black).

In addition to the Old Faithful geyser, Upper Geyser Basin and the landmark Grand Prismatic Spring will also be open.

To control traffic and prevent jams, entry will be restricted according to the last digit that appears on each incoming vehicle's license plate. Odd-numbered last numerals on plates can enter on odd days of the month, while even-numbered last digits can enter on even days. Plates with only letters, such as vanity plates, will be considered odd, and plates ending in zero are considered even.

Visitors with reservations at hotels or campgrounds inside the park are exempt from the rule.

Although the South Loop will reopen, a few amenities in that part of Yellowstone will not return yet, including Canyon Village Lodges and Cabins; the Canyon, Madison, Norris, and Lewis Lake campgrounds; and the Fishing Bridge Visitor Center and Trailside Museum.

For more information, and for day-by-day tracking of the condition of the roads in the park, consult Yellowstone's official National Park Service website.