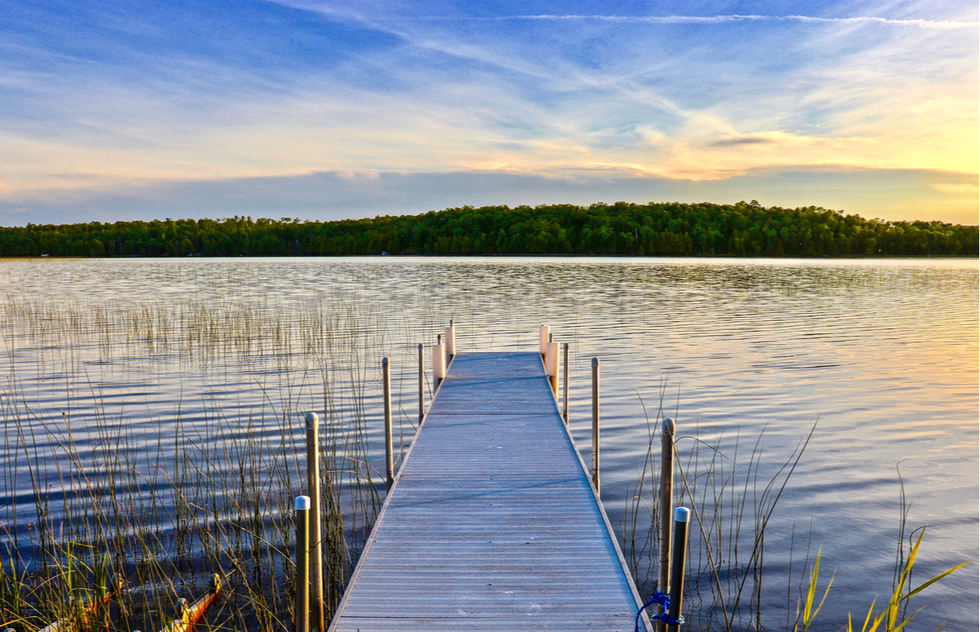 A deadly "brain-eating amoeba" that thrives in warm lakes and rivers has long been a cause for concern among vacationers who take dips in natural swimming holes in Southern U.S. states such as Florida and Texas.

Now a new study from the Centers for Disease Control and Prevention (CDC) suggests the nasty little bug is moving north.

Published in the journal Emerging Infectious Diseases—pick up a copy the next time you need a scary campfire story—the research considered 40 years' worth of cases in which recreational swimmers were infected by Naegleria fowleri, a single-cell organism that can cause a rare but fatal brain disease called primary amebic meningoencephalitis (PAM).

According to the CDC, the amoeba "usually infects people when contaminated water enters the body through the nose." The parasite then hitches a ride on the olfactory nerves, as Live Science explains, traveling to the brain and devouring tissue. The CDC asserts that you cannot get infected from swallowing water, even if it's contaminated (although, eww).

The study found that from 1978 to 2018, a total of 85 people were reported to have contracted PAM from ponds, lakes, rivers, hot springs, and other recreational water sources. So, like we said, the nightmare scenario is rare.

But here's the disturbing part: In recent years, the amoeba's geographic territory has expanded.

Although the largest number of cases (74) occurred in the South, where the parasite has historically done its damage, 6 infections were reported in northern Midwestern states such as Indiana, Kansas, and Minnesota (that state's Graves Lake is pictured above). What's more, 5 of those 6 cases arose after 2010.

In fact, researchers calculated that the maximum reach of N. fowleri has shifted about 8 miles northward each year since 1978.

The reason for the northerly drift appears to be—you guessed it—climate change. The brain-eating amoeba prefers very warm water temperatures of up to 45 degrees Celsius (113° F), which until recently made the lakes and rivers of Minnesota an uninviting home. But as temperatures have crept up, so has the parasite (up on the map, that is; the number of reported cases each year has remained consistent at six or fewer).

This news doesn't mean you'll have to start looking for vacation options in the desert. Fortunately, there are some things freshwater swimmers can do to reduce the already unlikely chance of infection.

The CDC's weather analysis suggests that PAM cases were more likely to occur when water temperatures in the previous two weeks were higher than usual. So if it's been unseasonably hot in the area where your chosen outdoor swimming area is, you might want to think twice about cannonballing into that pond, as refreshing as it may appear.

Other preventive measures the CDC recommends for those who swim in warm freshwater include holding your nose shut with nose clips and keeping your head above the water.