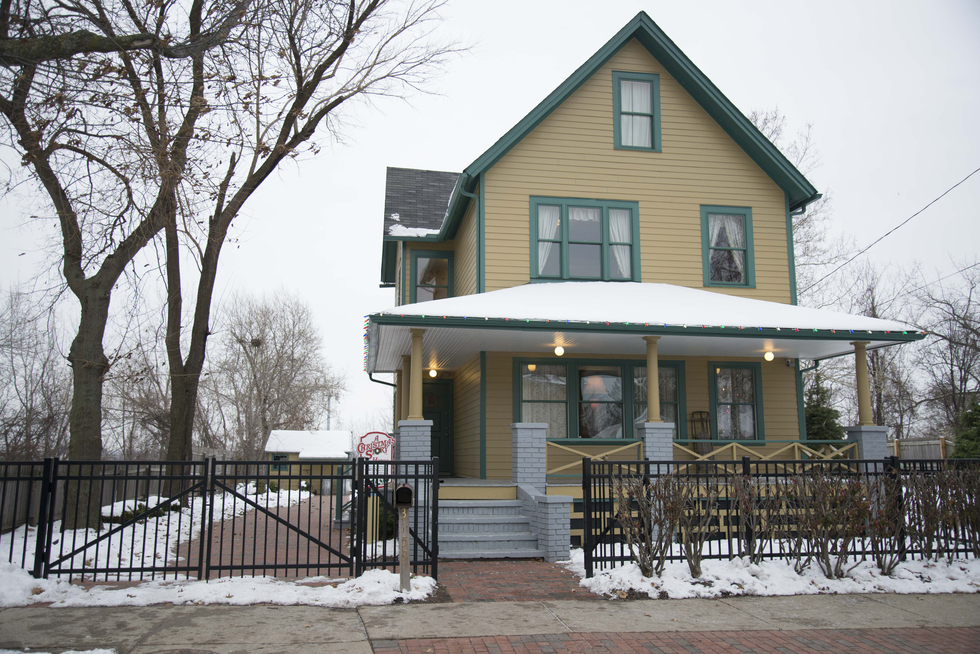 A Christmas Story House and Museum

You Can Stay in Ralphie’s House from ‘A Christmas Story’

Ultimate fans of the American holiday film classic A Christmas Story might already own a replica of the Major Award leg lamp, nightmarish bunny pajamas, or even a toy Red Ryder BB gun (warning: you may shoot your eye out). Yet, how many of them know that they can spend the night inside Ralphie Parker’s actual house?

Located in the Tremont neighborhood of Cleveland, Ohio, the real-life house used for exterior scenes in the 1983 holiday chestnut (set in Indiana) is not only a museum but also a partial home rental. Known as the A Christmas Story House & Museum, visitors can pay to stay in its loft area, which comprises the second and third floors of this 19th-century home.

The movie’s fans have fellow mega-fan Brian Jones to thank. He bought the home on eBay in December 2004 and after two years of renovations to re-create how set designers made it look in the movie, Jones opened the house to the public on the Saturday after Thanksgiving in 2006 and started renting the upstairs portion for stays the following July.

Most of the home's interior scenes were filmed on sound stages in Toronto, so the rental portion is more up-to-date than what the Parkers had: It holds a full kitchen and modern bathroom (if you have a favorite flavor of soap, bring it), Wi-Fi, a TV and DVD player, a queen bed, queen pull-out sofa, and what’s referred to as Ralphie and his brother Randy’s twin beds. These days, the boiler works perfectly.

Parties of up to six guests can roam the entire house after the downstairs museum attraction is closed for the night. This usually happens around 5:30 p.m. until 9:30 a.m. the following day. Arrivals can check in at 3 p.m. 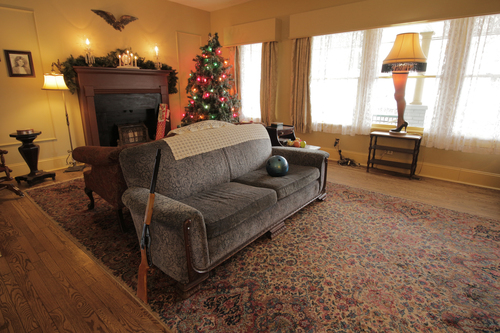 “If you stay more than one day, you simply have to leave the public space of the house during [business] open hours,” said Jones. “The private loft area is yours for the whole time.”

Of course, to stay in this house around Christmastime is a fan’s dream, so reservations fill up quickly, but if fans don’t mind having a post-holiday stay, bookings remain open year-round.

If your heart is still set on visiting during the holidays, there’s a Plan B: You can stay next door at the Bumpuses, also owned by Jones. The Bumpus House, to the left of the A Christmas Story House, was renamed for Ralphie’s hillbilly neighbors and their herd of smelly hounds. Happily, those were not re-created.

There, guests can opt to rent the entire house or stay in either the furnished upstairs Stolen Turkey Suite or the downstairs Hound Dog Haven Suite.

Nightly rental rates for both properties vary by season—from $195 in the off season to $745 at holiday time. A stay on Christmas Eve and Christmas morning is the most coveted date, of course—that once-in-a-lifetime reservation costs $2,495. All stays include a free house tour, discounts on breakfast at an inn across the street, and an adjacent movie museum.