Thank you for subscribing!
Got it! Thank you!
Home›Tips & News›Air Travel›A Passenger's Warning About Ryanair—And Three Things Every Ryanair Customer Must Know 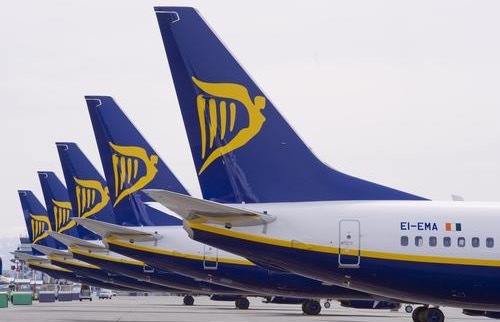 An American traveler learns the hard way about why European airline Ryanair has such cheap fares—let her experience be your lesson.


Although Ryanair is notorious among European travelers for henpecking its customers with extra fees—they view it as a necessary evil if you're desperate for savings—not everyone in the world knows about just how bad the airline can be. Frommer's received a letter from a reader who booked a cheap Ryanair fare without knowing what she was in for.

As travelers, we received an email from Ryanair requesting we access the site online for our boarding passes. We soon found we were not allowed to proceed with free assigned seats. There was no alternative but to check in at the airport. As a result, because we could not present our boarding passes, each of us was charged €45 plus tax for 4 people totaling €198.
advertisement


We tried to explain our dilemma to a supervisor who was very unfriendly, unsympathetic and not helpful.

That was not the end.  During the flight passengers were constantly bombarded by flight personnel peddling different commercial products. In addition, gum stuck on one of the seats, got all over our clothes-another bill, this time for dry cleaning.

After discussing this situation with others, sadly we found what we experienced is common. It will be a pleasant surprise to receive a positive response from Ryanair.
advertisement


Thank you for contacting Ryanair.


Customers who failed to check in online are charged an airport check-in fee of €45/£45 and those who did check in online but failed to present their boarding pass at the airport (either paper or on the app , but not as a pdf on a digital device) are charged a boarding card reissue fee of €15/£15/local.
We must stress that it is the passenger's responsibility to check in online in advance and have the boarding passes printed, as we are a self-service airline.
These strict measures are necessary so that aircraft departure slots are not missed and all passengers onboard delayed. As European air traffic slots are strictly slot controlled, we must operate flights on time and use our allocated flight departure slots, to prevent delays.
As you did not comply with our Terms and Conditions, this penalty was correctly charged.
We sincerely apologise for any inconvenience caused and we truly appreciate your understanding.
Yours sincerely,
The Customer Service Team
For and on Behalf of
RYANAIR LIMITED
advertisement


This exchange is full of warnings about Ryanair, but everything boils down to the airline's comeback. It first slyly tries to blame European airline regulation for the disservice, but ultimately, the response is as legally airtight as it is repugnant: "...You did not comply with our Terms and Conditions..."

Here's a twisted fact: The Terms and Conditions on Ryanair.com has 19,467 words. By contrast, the original U.S. Constitution has 4,543 words.

With a thicket of legalese so thick, there are hundreds of ways for Ryanair to legally separate you from your money before you realize it.
advertisement


Be warned, if you don't know already, that Ryanair is not like the carriers you have flown at home. There are three essential warnings about Ryanair—things that will be new to many American travelers—and Ms. Shovic ran afoul of two of them

One: You must—must—log in to Ryanair's website ahead of time and print a boarding pass. If you don't do that within two hours of the flight, it charges you just to print one at the airport. It doesn't care if you are on vacation and have no printer. It doesn't care if you take a picture of the check-in screen; it has to be on paper or in its official app. It doesn't even care if its own website is down. You have to do it. And if you don't, it docks you €45 or £45, depending on the country you're in at the time. This income is critical to the airline's bottom line, so it can't wait to nail you on it.
advertisement


Two: You must pay €6 (online) €9 (at the airport) for the most basic seat reservation. (These days, corrupted by Ryanair's example, even once-venerable carriers such as British Airways charge you for a seat reservation.) So if you try to check in on Ryanair.com and can't get a seat assignment, print that boarding pass anyway—or you'll have to pay the €45 fee per ticket. If you print it but lose it, that's another €15. With Ryanair, never assume the staff will help you later. It simply won't—even the company's leaders like to make jokes in the media about how mean they are.
advertisement

Three: Ryanair charges fees for baggage (as much as €70 at the airport). It docks you 2% just for using a credit card, as if you're able to go to the airport to pay in cash.  There's even a "Therapeutic Oxygen Reservation Fee"—yes, even if you're asphyxiating, you must pony up to Ryanair to survive. That's £50. And once you're on board, it harangues you to buy things—so bring earplugs and patience.

Don't be duped by Ryanair's deceptively low fares. It needs to make back its costs as much as every other airline, and it accomplishes that through fees, fees, and more fees. Literally the only way to get off a Ryanair flight without being bled by fees is to 1) print your own boarding pass before getting to the airport and 2) have no baggage.
advertisement
advertisement