Thank you for subscribing!
Got it! Thank you!
Home›Deals & Bookings›Cruises›Oprah Leads the Charge of Lifestyle Brands at Sea 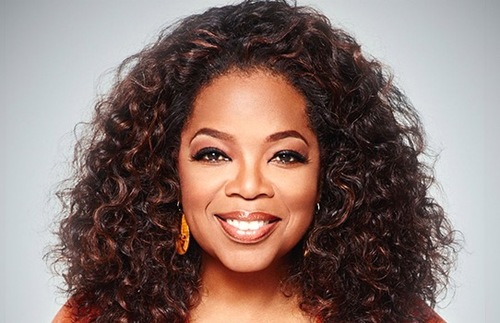 Oprah Leads the Charge of Lifestyle Brands at Sea

Hairy chest contests are giving way to enlightenment…or at least an understanding of what the term "sous vide" means.

In just that last two weeks, two major cruise companies have announced partnerships with lifestyle celebrities (and their organizations), partnerships that should result in unique takes on what the cruising experience can be.

For Holland America, the high seas experience is about to be "Oprah-fied". O Magazine has entered into a two-year deal with the cruise line to create "Oprah Magazine Adventure of Your Life" sailings. That two-year contract translates into two days for Oprah herself; she’ll be sailing to Alaska in July aboard the Eurodam. But, as anyone who has followed this lifestyle guru knows, she leaves little gurus in her wake. So a number of other Holland America sailings will host talks and seminars by Winfrey’s "SuperSoul 100"—a hand-picked group of authors, doctors, entrepreneurs, and artists who trade in inspiration. In addition, these "O" cruises will feature special yoga and tai chi sessions, book club meetings, cooking classes and more. In March, a contest will choose who gets to sail with Winfrey herself this summer.
advertisement

The second major partnership involves a deceased celebrity, and his still very vibrant James Beard Foundation. Windstar Cruises will now be the official cruiseline for this foodie powerhouse and will bring the (arguably) finest chefs in the world onboard its fleet for periodic culinary sailings. The biggest name announced so far is Top Chef star Hugh Acheson, but others chefs should be added to the roster soon. The James Beard Awards are considered the "Oscars" of the culinary world, and many chefs will consider it an honor to create pop-up restaurants at sea under its aegis.
advertisement
It’s not new to have celebrities at sea, of course. Sarah Palin was "discovered" when a cruise for readers of the National Review stopped in Juneau, AK and the editors onboard met the then-governor (and later recommended her to the McCain campaign).

What is new here is that in the past, specialty cruises were booked by outside agencies who would take some or all of the cabins for a one-off sailing with specialized activities. With these new-style partnerships, the cruiselines themselves are at the helm, and are attempting to rebrand the entire experience through these partnerships. It will be interesting to see if this is the start of a trend. Who knows? We maybe we'll all soon be taking "Beyonce at Sea" or "Floating Dr. Oz" vacations.
advertisement
advertisement