Eating and drinking in Coastal Maine 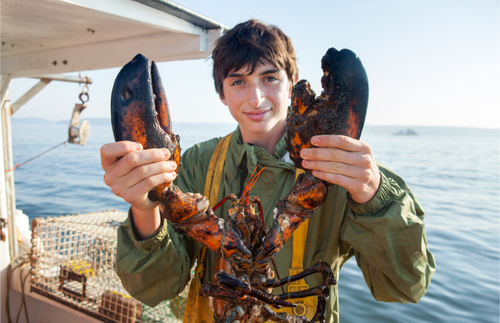 All along the coast you’ll be tempted by seafood in its various forms. You can get fried clams by the bucket at divey shacks along remote coves and busy highways. The more upscale restaurants offer fresh fish, grilled or gently sautéed.

Live lobster can be bought literally off the boat at lobster pounds, especially along the Maine coast. The setting is usually rustic—maybe a couple of picnic tables and a shed where huge vats of water are kept at a low boil. Note that lobster prices in most Maine shacks vary, sometimes by a lot; it depends almost exclusively on the current year’s take. (In a down year, you’ll pay more.) There are two kinds of lobster, soft-shell and hard-shell. Many lobsters still have soft shells in the summer, because they’ve slipped off old ones and are still growing new ones back. People vary in their preferences, and some say the soft-shell lobsters have less meat. Not sure about that, but I’m a hard-shell man all the way. In fall and early winter, hard-shell lobsters become more numerous, and their price drops. The worst time to eat a lobster is probably spring, when the crustaceans are scarce, small, and overpriced. Put off that May feast; get a fish platter instead.

In summer small farmers set up stands at the end of their driveways offering fresh produce straight from the garden. You can usually find berries, fruits, and sometimes home-baked breads. These stands are rarely tended; just leave your money in the coffee can.

But you don’t have to have a hefty budget to enjoy the local foods. A number of regional classics fall into the “road food” category. Here’s an abbreviated field guide: 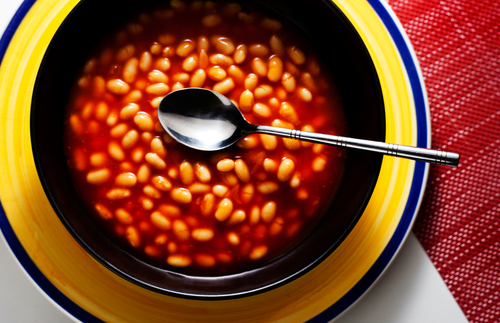 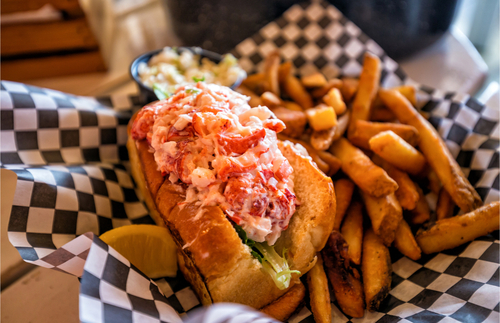 *Lobster rolls: Lobster rolls consist of some pretty basic fixings: fresh lobster meat plucked from the shell, mixed with just enough mayonnaise to hold it together, and served on a hot-dog roll (preferably buttered and grilled). There are fancier permutations in touristy areas, with stuff such as celery and onions mixed in, but you want this basic version: It’s meatier and more succulent. You’ll find the rolls almost everywhere along the Maine coast; expect to pay between $10 and $20 per roll (more in lean lobster-harvest years). One of the meatiest in Maine is served at Red’s Eats, a hot-dog stand by the side of the road in downtown Wiscasset. For info on where to find some of the best boiled lobsters off the pier. 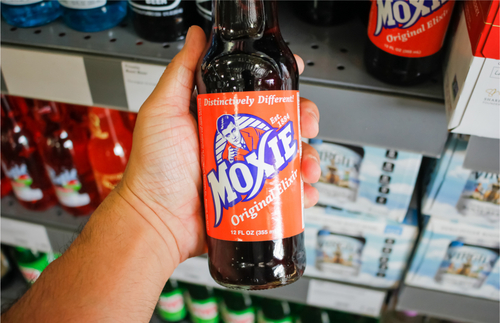 *Moxie: It’s hard to imagine it now, but early in the 20th century, the Maine-made soft drink Moxie outsold Coca-Cola. Part of its allure was the fanciful story behind its 1885 creation: A traveler named Moxie was said to have observed South American Indians consuming the sap of a native plant, which gave them extraordinary strength. The drink was then helpfully “re-created” by Maine native Dr. Augustin Thompson. It’s still very, very popular among old-timers in Maine, although some others say it tastes worse than cough medicine. Think Coke plus quinine, minus any sweetener. 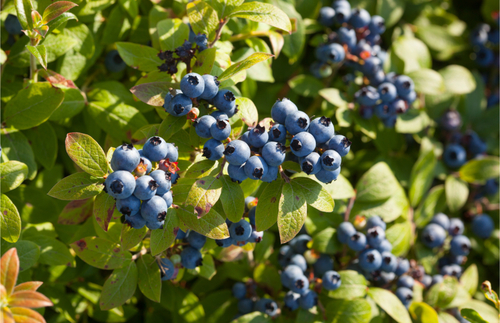 *Wild blueberries: You sometimes get the feeling, traveling in Downeast Maine, that the entire state’s economy would implode if anything ever happened to the blueberry crop; it’s grown and harvested (and added to recipes) everywhere in these parts. Look for roadside stands and diners advertising pies made with fresh berries in mid- to late summer. Also note that the tiny wild blueberries (which grow on low shrubs, often on wind-swept rocks or hilltops) are tastier than the bigger, commercially grown high-bush variety you’re probably familiar with.

Finally, no survey of Maine foods would be complete without a mention of the local beer. It seems you can’t swing a lobster without hitting a craft brewery up here, and Maine brewers have a terrific reputation in the industry. The Maine Brewers Guild has more than 100 members. Popular brewpubs to hit include Oxbow Brewery (Newcastle, Portland, Oxford); the Maine Beer Company (Freeport); and Portland’s clutch of terrific mini-breweries—23, at last count with a dozen or so more in the suburbs, making it the U.S. city with the most breweries per capita (in your face, other Portland).